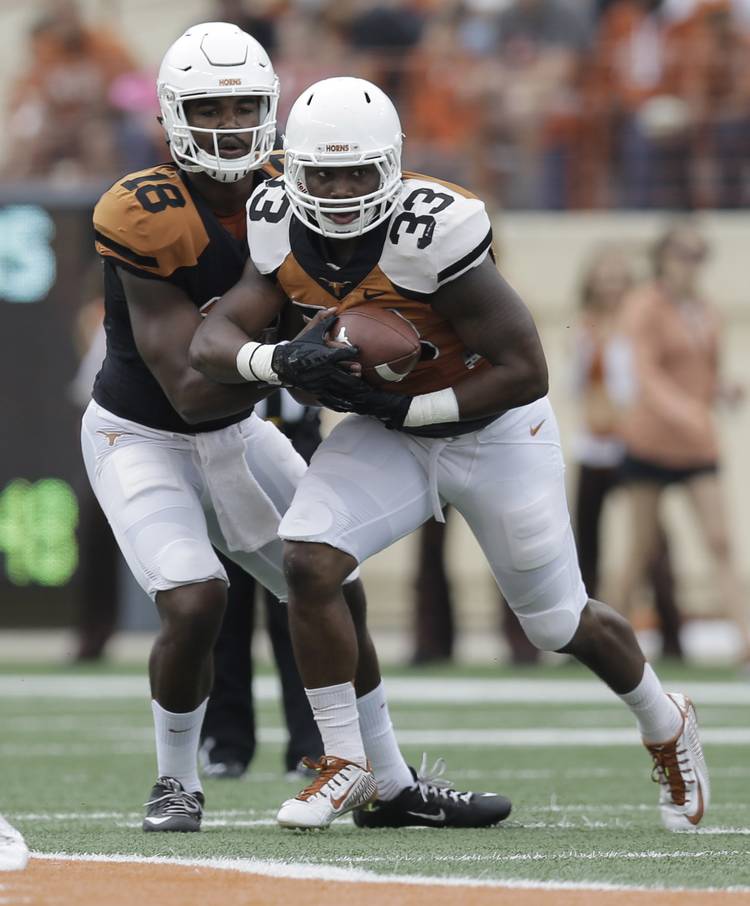 With Derick Roberson set to transfer, Texas’ 2014 recruiting class, of which Roberson was its bluechip headliner, has had more departures (five) than it has projected 2016 starters (four).

That 23-man class, which was architected by Mack Brown and delivered by Charlie Strong, heads into its third season on campus. At the time of its arrival, it was ranked second in the Big 12 and 16th nationally.

At this point, it’s widely accepted that Brown whiffed in recruiting at the end of his tenure at Texas. And though there’s time for an alternate ending, it’s looking like his final effort will fall in line with Brown’s unimpressive crop from 2013. Most troubling is that none of the 2014 class’ three offensive linemen — Terrell Cuney, Elijah Rodriguez or Alex Anderson — is expected to contribute this fall. In fairness to Brown, two of them — Rodriguez and Anderson — committed to Strong.

The defensive line, outside of Ford, who will start at tackle, hasn’t fared all that well. Roberson, a top 100 national recruit, leaves Texas with just six career tackles. Chris Nelson is fighting for playing time at defensive tackle, and Jake McMillon keeps floating back and forth between the defensive and offensive lines. The last we checked, McMillon was repping with the O-line at guard.

Additionally, the five wide receivers from that class — Armanti Foreman, Lorenzo Joe, Dorian Leonard, Garrett Gray and Roderick Bernard — are all still hanging around, but have, for the most part, been a disappointment.

The jury is out on others, such as quarterback Jerrod Heard, who started 10 games in 2015 but is now third on the depth chart; linebacker Ed Freeman, who played decently when he was healthy last year; and defensive back John Bonney, who should get playing time at nickel corner.

So far, not so good.

Jarrett Allen didn’t sign his letter of intent? Now what?

Episode 12 of On Second Thought: Houston to the Big 12?