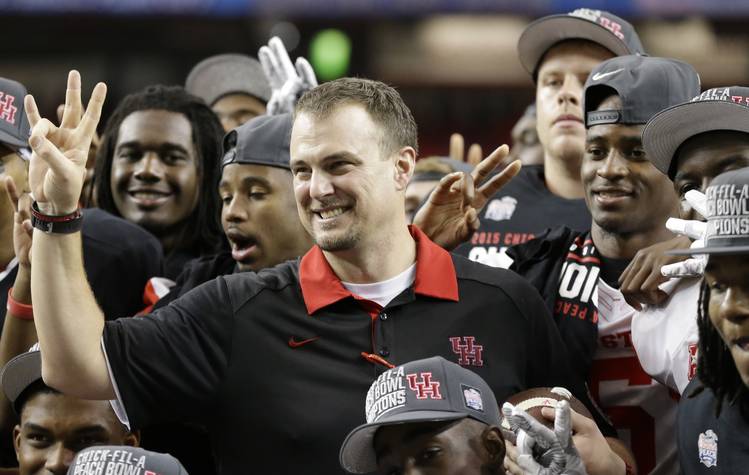 Calling it a no-brainer, Houston billionaire Tilman Fertitta wants the Big 12 to add the University of Houston to its membership.

In fact, he says it should’ve been done by now.

In an interview with CBS Sports, Fertitta, the chairman of UH’s board of regents, pumped up his school’s candidacy and suggested Texas is blocking Houston’s addition to the conference.

“That’s kind of disappointing that Texas with their big budget fears the University of Houston,” Fertitta said. “For other schools in the Big 12 to keep them out because they’re scared of them, men need to be men.”

This month, presidents around the Big 12 will convene in the Dallas area to vote on expansion and a conference title game. A Big 12 source told the American-Statesman on Friday that the probability of the conference expanding is only 15 percent, which won’t make Fertitta happy.

This is not the first time Houston has come up in discussion of Big 12 expansion, but for whatever reason the Cougars aren’t getting as much love as other candidates like Cincinnati, Memphis and BYU.