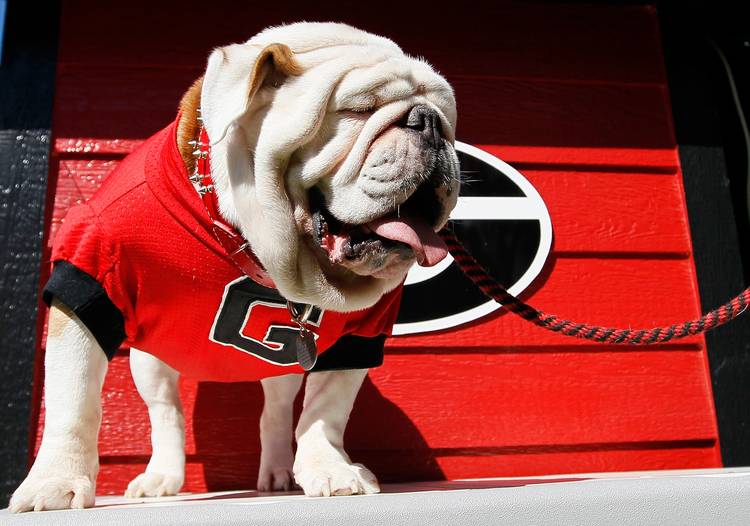 UGA IX, mascot of the Georgia Bulldogs, looks on during the game against the Missouri Tigers at Sanford Stadium on October 12, 2013 in Athens, Georgia. (Photo by Kevin C. Cox/Getty Images)

Texas basketball is going between the hedges. Well, between the end lines in Athens, anyway.

Shaka Smart’s club will travel to face Georgia for the Big 12/SEC Challenge this season, CBS Sports reported on Monday. The network announced multiple matchups, including the Baylor-Ole Miss game and LSU-Texas Tech.

Georgia holds a 5-6 record in the all-time series, which dates back to the Gator Bowl tournament in Dec. 1964. The Bulldogs were 20-14 last season and reached the NIT.

The Longhorns and Bulldogs haven’t met on the basketball court since the 2002-03 season. The two teams met in the AT&T Wireless Classic in New York on Nov. 15, 2002. Fourth-ranked Texas won, 77-71, to kickstart a season that ended in the Final Four.

The full men’s basketball schedule has not been released. However, some puzzle pieces are already in place.

In addition to the Georgia game, Texas will play in the Legends Classic at the Barclays Center. Notre Dame, Northwestern and Colorado are the three other teams scheduled to be at the event.

Bevo XV has been chosen, and he will debut at the Notre Dame game