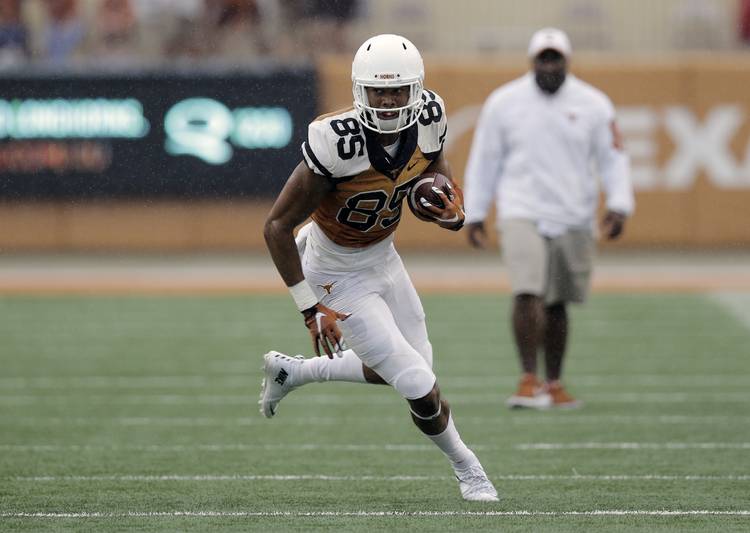 Collin Johnson walks on campus with a lot of pressure already heaped on him for someone who hasn’t played a game yet.

The 4-star recruit from California enrolled early so he could compete for playing time at receiver next fall. At 6-foot-6-inches tall, 212 pounds, Texas fans are probably envisioning a Calvin Johnson like physical specimen to just dominate smaller defensive backs.

Lots of high expectations for this young man, who, oh by the way, is the son of Longhorn legend Johnnie Johnson.

Then Johnson goes and adds flames to the fire by posting a tweet that further displays what a freak athlete this kid is:

Golden: No worries on Jordan Spieth — that kid will be just fine