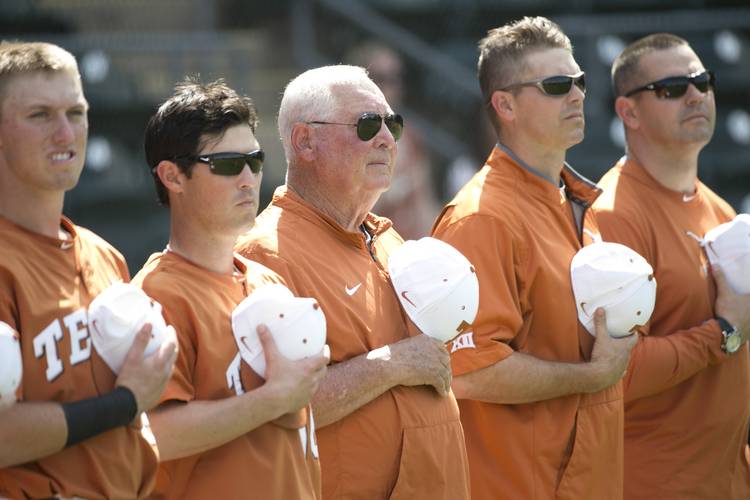 Help is on the way for Texas baseball.

Dallas Jesuit left-hander Kyle Muller, who is signed to play for the Longhorns, was named the Gatorade Texas player of the year on Tuesday.

Muller has been unbelievable this spring, registering a 0.49 ERA with 140 strikeouts, according to the Dallas Morning News. At one point, he followed a no-hitter with 21 strikeouts in his next start. Between the games, he struck out 33 consecutive batters, a national record. Additionally, Muller swings a good bat, hitting .392 with 15 home runs and 52 RBI.

On its official signing list, Texas lists Muller as a pitcher.

Assuming he keeps his commitment to Texas and doesn’t turn pro, the 6 feet, 7-inch Muller could slide in nicely in the weekend rotation and take the spot of another left-hander, senior Ty Culbreth, who will start for what could be his final time in Wednesday’s Big 12 tournament opener against Oklahoma State.

Meanwhile, Muller and Dallas Jesuit (31-7-2) are preparing to take on Conroe Oak Ridge in a 6A regional semifinal on Thursday at Georgetown Eastview.

What did Shaka Smart tell UT history grads during his commencement address?