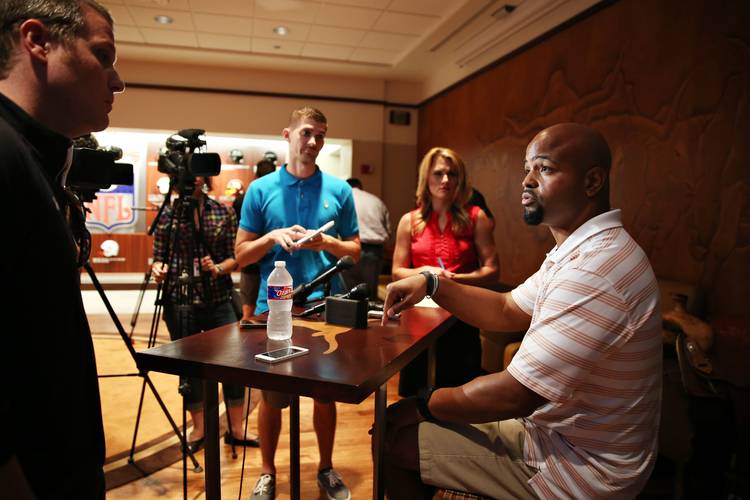 Former Texas football assistant coach Chris Vaughn is said to have committed multiple Level I violations including engaging in test fraud, according to the NCAA’s notice of allegations at Ole Miss.

The file on Vaughn, who coached at Ole Miss from 2008 to 2011, is damning. Perhaps most startling is the allegation Vaughn directed prospective student-athletes at Ole Miss to take the ACT in June 2010 in Waynseboro, Miss., and to refrain from answering questions in which they did not know the answer in order to facilitate fraudulence. Another Ole Miss staff member, David Saunders, arranged for an ACT testing supervisor to then alter the exam answer sheets.

In addition to coaching the team’s defensive backs, Vaughn was Ole Miss’ recruiting coordinator. This past February, Texas fired Vaughn after learning the NCAA had “a thick file” on him. He coached two seasons for the Longhorns under Charlie Strong.

Vaughn partnered with Saunders to commit multiple violations. In the summer of 2010, they were accused of arranging for impermissible summer housing for five perspective student athletes in the amount of $1,460.

Also, in August 2013, Vaughn violated rules when he communicated with witnesses of the NCAA investigation after previously being admonished for doing so. Then, in December of that year Vaughn is said to have lied to or misled investigators regarding his involvement in NCAA violations.

The NCAA did not find any mitigating factors related to Vaughn.

In all, the NCAA found Ole Miss to have committed 28 violations.