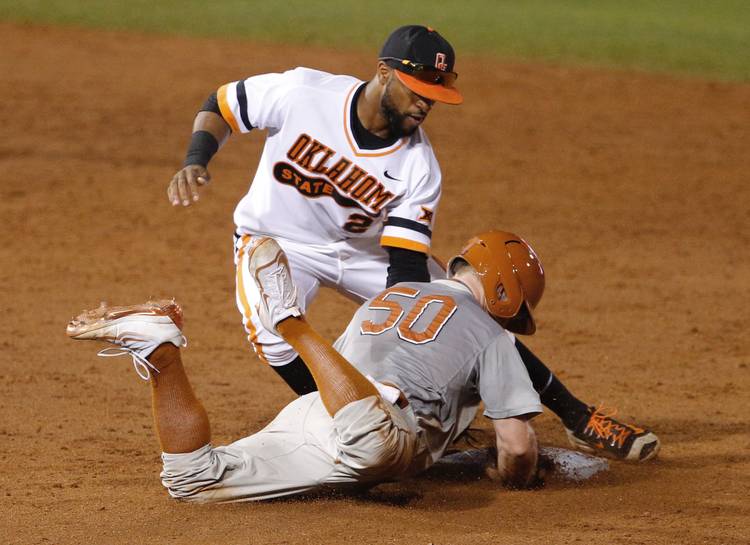 OKLAHOMA CITY — For the second time in three days, Texas will face Oklahoma State in the Big 12 tournament.

This time, it’s a Friday elimination game that will send home the loser. UT will bring Kyle Johnston to the mound for a scheduled 7 p.m. start at Bricktown Ballpark. This will follow a 3:15 p.m. elimination game between top-seed Texas Tech and Oklahoma.

On Thursday, Texas thumped Baylor, 15-3 to stay alive in the tournament. Later, OK State dropped to the consolation bracket with a 13-5 defeat to TCU. OSU led 5-4 before TCU scored nine runs in the eighth inning.

In Wednesday’s tournament opener, Texas jumped out to a 4-0 lead before Oklahoma State took control with eight runs in the fifth. The Cowboys, seeded second, went on to win, 10-4.

Texas is 0-4 against OSU this season.