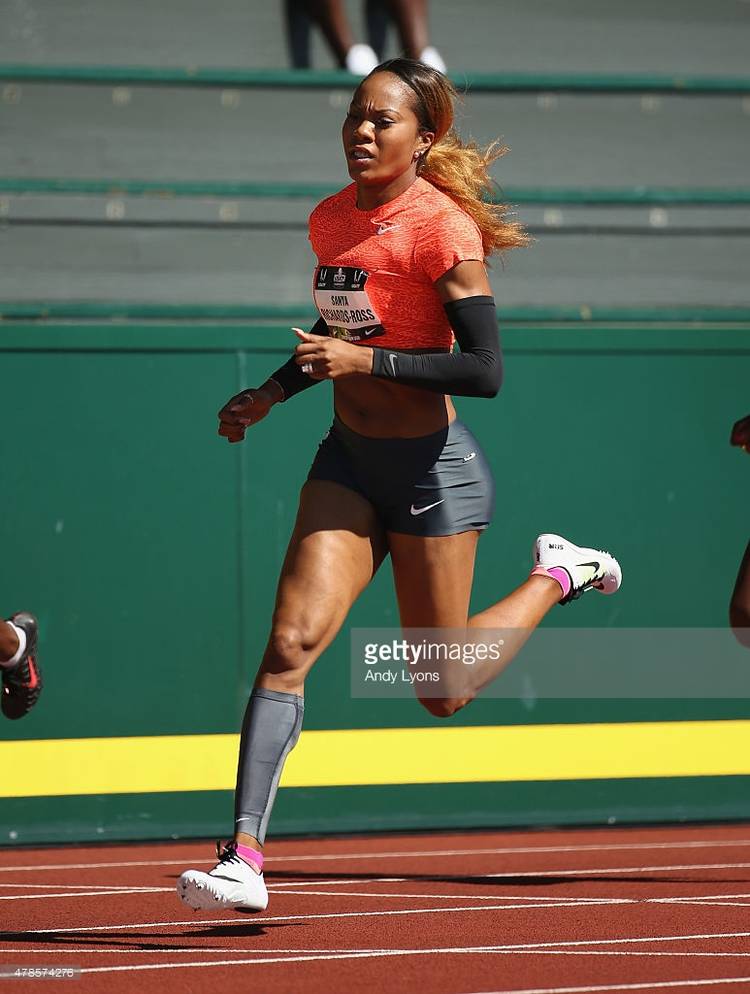 Texas track legend Sanya Richards-Ross was hoping she could end her stellar career with a medal at the upcoming Olympics but those hopes took a hit with a right leg injury in Atlanta during a 100-meter race Saturday.

Richard-Ross is the defending Olympic champion in the 400, but the 31-year-old hadn’t been shown her previous form lately, running a 52.16 in the Prefontaine Classic, where she finished seventh last week. That time is well off the time she would need to qualify for the USA Olympic team. She had also planned to run the 200 in the Atlanta event but scratched due to the injury.

She got out of the blocks well in the 100, which isn’t an event she runs often, but pulled up lame midway through the race and went down in the middle of the track.

Here’s hoping the injury is minor though the manner in which she went down resembled a serious hamstring pull or quad injury. If this it for Richards-Ross, she is already the greatest women’s track athlete Texas ever produced and deserving of visual recognition at Myers Stadium. She has represented the university and USA Track with class and grace.

SRR first started to buckle on this step, had to be carried off the track. pic.twitter.com/6duVLyCu3m