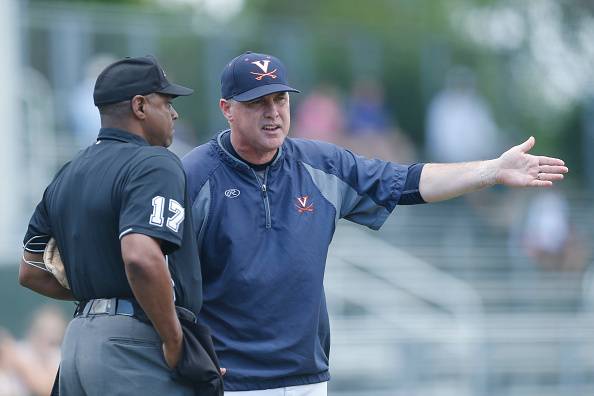 Virginia’s Brian O’Connor, who led the Cavaliers to the national championship at the 2015 College World Series, announced on Twitter he is staying in Charlottesville and is not a candidate for other jobs.

He was speculated to have been a candidate at Texas, which is searching for a coach after parting ways with Augie Garrido on Memorial Day. O’Connor is the fourth coach who has decided to stay at his school since the Texas job opened. Louisville’s Dan McDonnell, TCU’s Jim Schlossngle and Florida’s Kevin O’Sullivan all received pay increases, and Virginia will likely restructure O’Connor’s deal as well.

O’Connor, whose team was eliminated in the regionals last week, is due on Wednesday to collect a $250,000 retention bonus at Virginia.

Vanderbilt’s Tim Corbin, who is considered one of the country’s top coaches and led the Commodores to the 2014 national title, is expected to stay in Nashville, per a source.