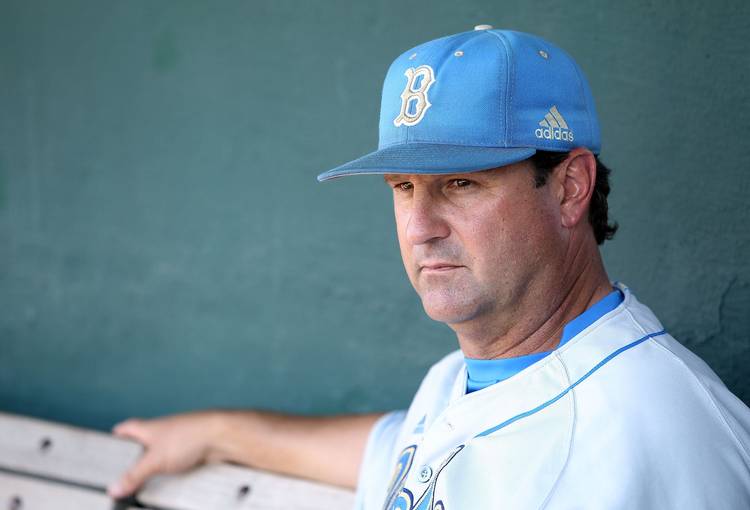 Head coach John Savage of the UCLA Bruins watches batting practice before game 2 of the men's 2010 NCAA College Baseball World Series against the South Carolina Gamecocks at Rosenblatt Stadium on June 29, 2010 in Omaha, Nebraska. The Gamecocks defeated the Bruins 2-1 in eleven innings to win the National Championship. (Photo by Christian Petersen/Getty Images)

UCLA’s John Savage became the second Pac-12 coach on Friday to turn down an offer to be Texas’ next baseball coach.

Hours after a source told the American-Statesman that Pat Casey rebuffed the Longhorns to stay at Oregon State, UCLA’s John Savage informed the Statesman he is staying put as well.

“It’s always good to be wanted and respected by your peers, but UCLA is home to me and my family,” Savage said. “I am extremely proud of the program we’ve been able to build here and value the bond I have with our AD Dan Guerrero. UCLA is a place where I know we can compete every year for a Pac-12 and national championship, and I look forward to continuing to develop successful young men here in Westwood both on and off the field.”

There’s no telling where Texas will now turn as no fewer than eight coaches are out of the running to replace Augie Garrido, who was reassigned to an administrative role 19 days ago.

Candidates who could emerge for the job include Oklahoma State’s Josh Holliday, Tulane’s David Pierce and Arkansas’ Dave Van Horn. Texas could also make a run at TCU’s Jim Schlossnagle even though he has agreed in principle to a contract extension to stay in Fort Worth.

At this point, it’s anyone’s guess what path Mike Perrin will take to end his first coaching search as Texas’ athletic director.

Savage, who has a reputation as a relentless recruiter, would by all accounts have been an excellent choice. He led the Bruins to their first ever national title in 2013, and two years later, in 2015, UCLA was the top seed in the NCAA tournament.