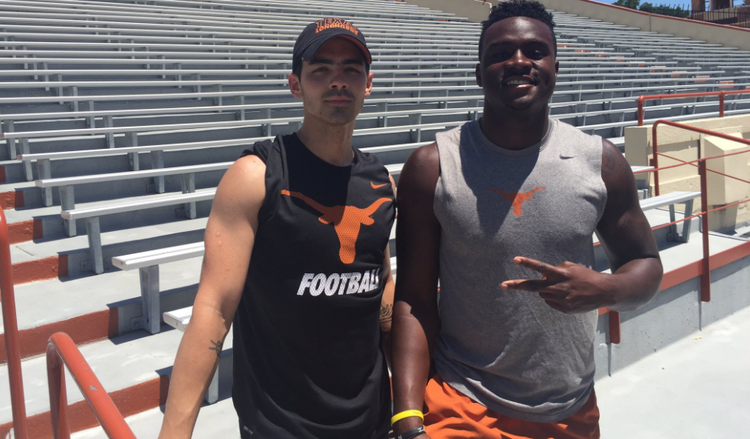 Looks like Royal-Memorial Stadium had a special celeb guest on Friday: Joe Jonas.

The DNCE frontman posted a video of himself running stairs with former Texas deep snapper Nate Boyer, and WR DeAndre McNeal later shared a photo with the former Disney Channel star/boy bander (decked out in Longhorns gear, of course):

Get ready to say "wait, what?": I'm currently Austin bound.. to be a personal trainer on tour.. for @joejonas via @JayGlazer #CantMakeThisUp

Jonas was in town with DNCE to open for Selena Gomez at the Frank Erwin Center on Friday night. No word yet on whether Gomez was also spotted on campus, but we’ll be sure to keep our eyes peeled.

UCLA’s John Savage turns down offer from Texas — now what?