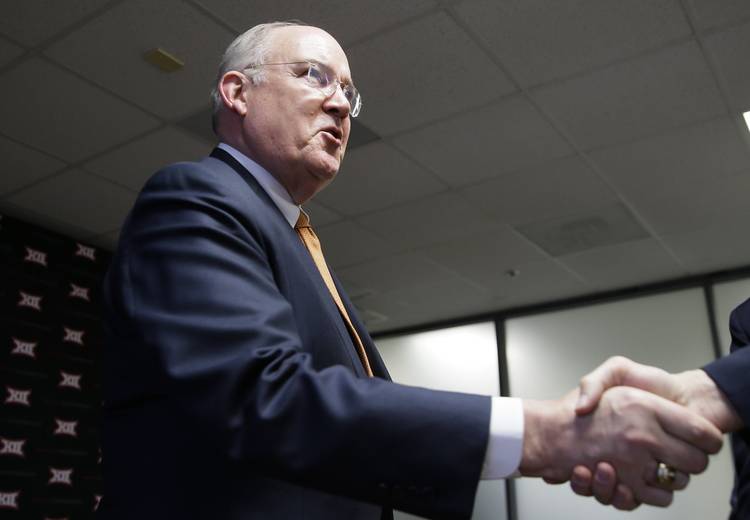 After swinging and missing on several top candidates, Texas has turned to Tulane’ s David Pierce and Houston’s Todd Whitting to fill its vacancy for a baseball coach.

Multiple sources told the American-Statesman that on Saturday Longhorns athletic director Mike Perrin interviewed Pierce and Whitting, whose teams are rivals in the American Athletic Conference.

Both coaches are graduates of the University of Houston; Whitting has been the head coach of his alma mater for the past six seasons, and Pierce is a Houston native who spent nine seasons working as an assistant at Rice under longtime Owls coach Wayne Graham.

Pierce and Whitting are emerging as candidates after as many as eight coaches removed their name from consideration to replace former UT coach Augie Garrido. Most recently on Friday, Pac-12 coaches Pat Casey (Oregon State) and John Savage (UCLA) pulled out from the search and are intending to stay on the west coast.

Pierce, who is in his early 50s, just finished his fifth season as a college head coach and led Tulane to the cusp of the top 10 this year before falling at the regionals.

Though the sample size is small, Pierce has been successful as a head coach, and in five years his teams have never missed the postseason. Last year, he arrived to Tulane and took the program to its first regional since 2008. Prior to then, he was the coach of Sam Houston State for three years and notched 40, 38 and 43 wins.

However, Pierce has never coached a team to a super regional berth.

Whitting, 44, is 208-150-1 at Houston and has guided the Cougars to the postseason in two of the last three seasons, including in 2014 when they fell to Texas in a super regional.

Both Pierce and Whitting faced Texas this year. In March, Tulane won a series against the Longhorns in Austin. In April, Whitting and Houston beat the Horns, 3-2, in a mid-week game played at Constellation Field in Sugar Land.