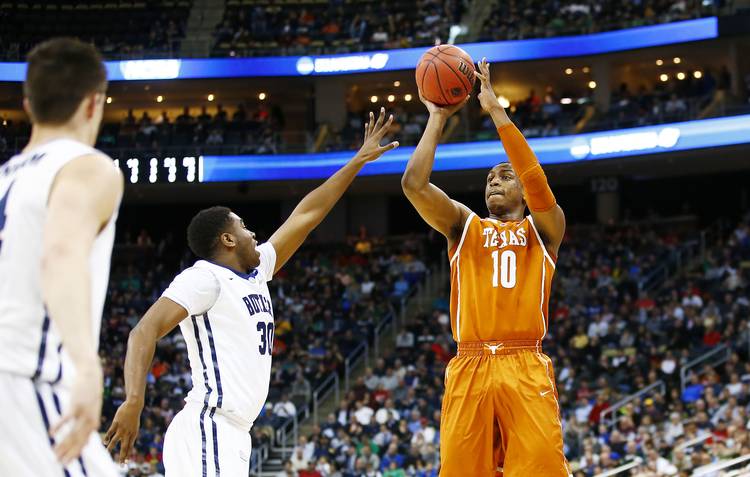 Jonathan Holmes of the Texas Longhorns shoots over Kelan Martin of the Butler Bulldogs in the first half during the second round of the 2015 NCAA Men's Basketball Tournament at Consol Energy Center on March 19, 2015 in Pittsburgh, Pennsylvania. (Photo by Jared Wickerham/Getty Images)

Each team will participate in three preliminary-round games, and then each team will be seeded in a tournament. Each team is guaranteed to play at least five games before NBA personnel.