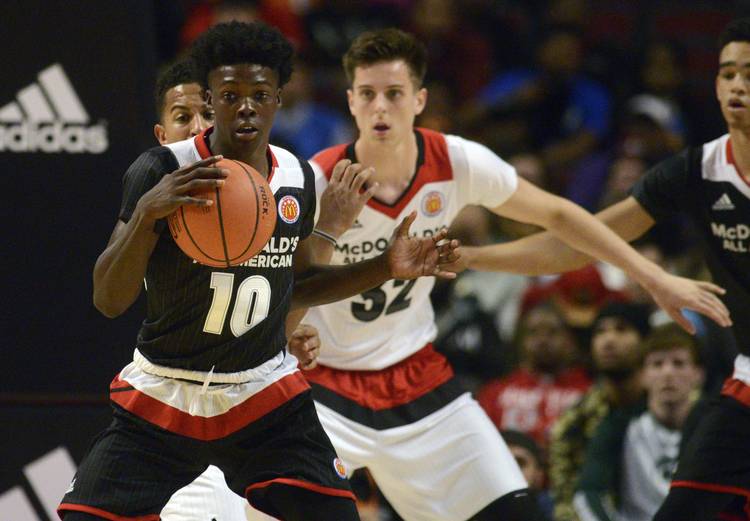 With a lot of attention being directed at two Texas men’s basketball players currently competing for a spot with Team USA’s U18 team, it can sometimes be easy to forget about the other McDonald’s All-American headed to campus this fall.

Andrew Jones may not be on the Team USA roster, and his name may not be floating around on an NBA mock draft list, but the Metroplex product is every bit as important to next season’s success as any other freshman heading to Austin.

And if you haven’t seen him play, here’s a quick tweet that’s starting to resurface on social media that will, well, make Texas fans shout “hookem.”

That was Andrew Jones. He’s from Irving MacArthur High School. He’s a 6-foot-4-inches tall and 180-lb. guard. He was a McDonald’s All-American in 2016.