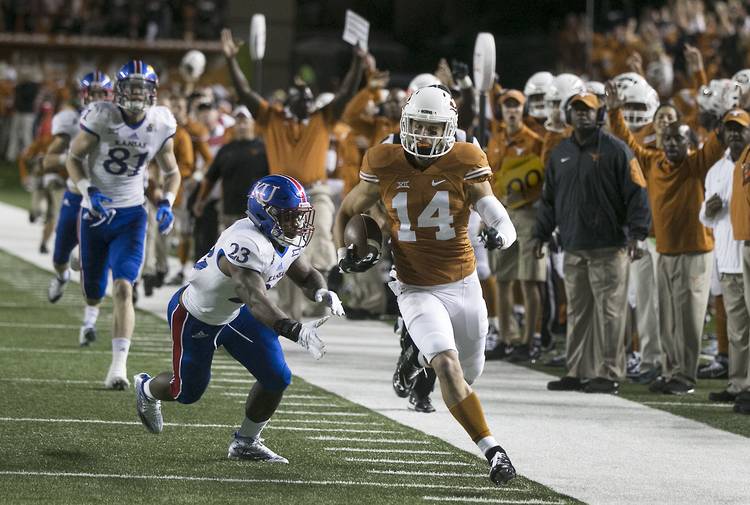 Texas officials usually let upperclassmen spend time in the spotlight at Big 12 media day, and this year is no exception.

Seniors Caleb Bluiett, Paul Boyette, Dylan Haines and Kent Perkins will all represent the Longhorns along with coach Charlie Strong at the Omni Hotel in Dallas on July 19.

And they’ll get peppered with questions about the quarterback derby. Don’t expect any hard-line stances about Tyrone Swoopes, Jerrod Heard or Shane Buechele, either.

Texas and TCU are the only teams not bringing quarterbacks to the league’s annual preseason media festival.

John Burt named one of college football’s fastest by NFL.com