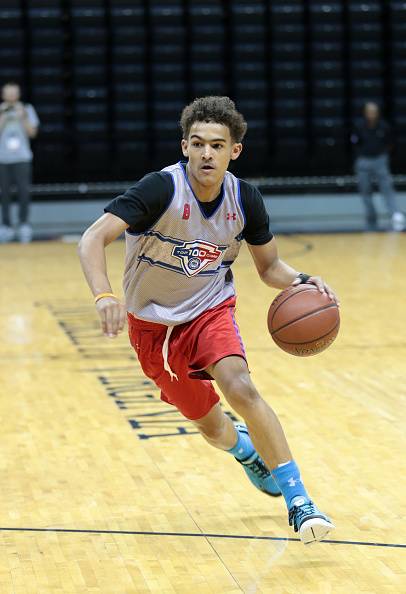 With the start of the open recruiting period, summer basketball tournament action is in full swing with one of the biggest tournaments in the nation with the Peach Jam in South Carolina.

The event draws interest from every power basketball program in the country and attracts the top youth summer teams in the nation.

In Sunday’s championship, two of the most sought after recruits in the country led their teams to the championship round in Mohamed Bamba and Trae Young.

Mokan Elite’s Young is one of the top point guards in the nation and the North Norman, Okla. product had a double-double in the first half against Bamba’s PSA Cardinals. Mokan Elite won the event with a 93-65 championship performance. Young finished with 28 points and 11 assists.  Young’s team also features Michael Porter, another top recruit who’s father, Michael Porter Sr., was recently named an assistant coach at Washington.

The belief is Young and Michael Porter Jr. could be a package deal, something Porter wrote on his blog was still in the works even as his father took the Washington job, but Young said it’s not a sure thing he or both will be headed to Washington.

Young averaged 27 points, 7.3 assists, 3.8 rebounds and 3.1 steals at Peach Jam and a month ago reportedly made an unofficial visit to Texas on June 10. He is currently in the running to join Texas coach Shaka Smart’s 18U USA Men’s basketball squad, which has two incoming Texas players also in the mix, Jarrett Allen and James Banks.

Kentucky, Kansas and Duke are considered the favorites to land Young according to 247 Sports.

In December of 2015 Young cut his list of schools to 11 and took unofficial visits to Duke, Kansas, Kentucky, SMU, Oklahoma State and Oklahoma before heading to Texas. Of course that was before the Washington factor, when Porter’s father was still an assistant on the Missouri women’s basketball team where his daughters Bri and Cierra were on the squad.

Bama, Porter and PSA Cardinals guard Quade Green were all in the Peach Jam championship game and are also competing for a roster spot on Team USA’s 18U squad.