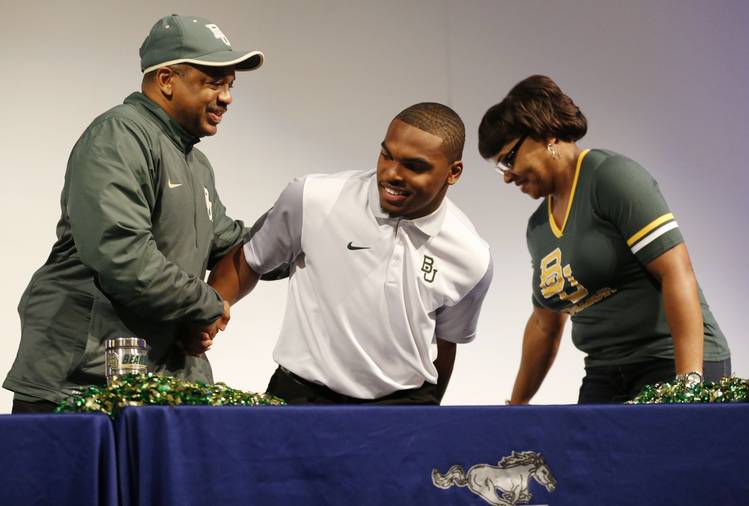 Once a coaching change was made at Baylor, the Bears’ 2016 recruiting class was bound to take a hit, and Texas benefited from it. And one of the first to go from Waco to Austin was Devin Duvernay, a high school All-American receiver Sachse.

Here’s what people are saying about Duvernay on social media.

Sam Ehlinger on new Texas WR Devin Duvernay: "I look forward to getting to know him. He's a stud."

Sachse's Duvernay twins sign with Texas: It has been a bizarre road, but Sachse graduates Devin and Donovan D… https://t.co/6nXJ84OScu

Of the new additions I think Hudson has the highest upside but Devin Duvernay is the most likely to be an impact player.

Charlie Strong on Devin Duvernay: "He brings unbelievable speed and explosiveness to our team." #suredoes

@galvan_naomi @JDCTX123 @Dp852 @SportingSaul Devin Duvernay to the horns is huge. This offense should be top 20 at least.