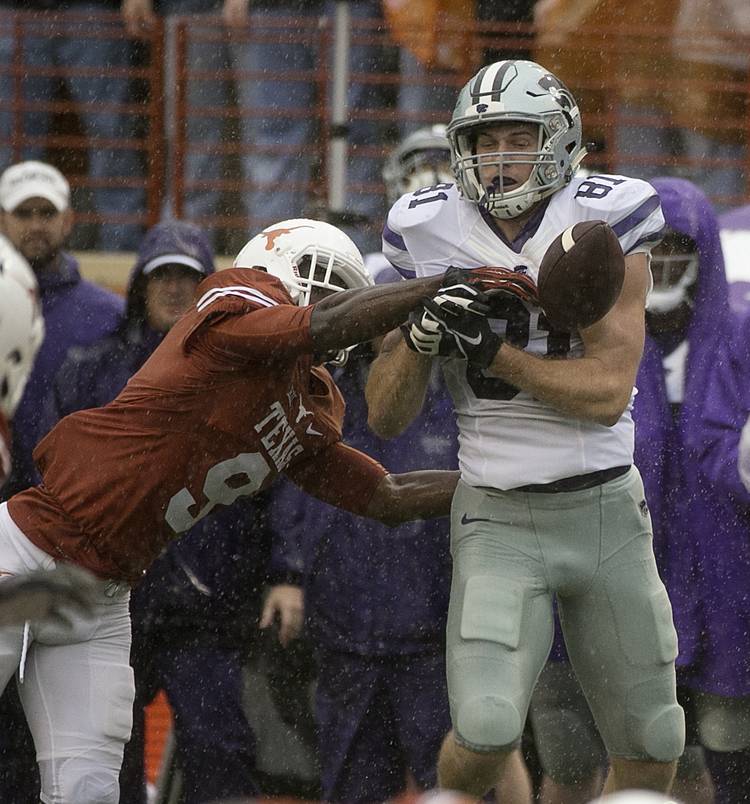 Texas's Davante Davis breaks up a pass intended for Kansas State's Kyle Klein during the second half of their game at Royal Memorial Stadium on Saturday, October 24, 2015. DEBORAH CANNON / AMERICAN-STATESMAN

According to the media who covers the Big 12, Texas’ top football players are sophomores.

Additionally, Jefferson was selected defensive player of the year.

This did not come as a surprise as Jefferson, Vahe and Williams are coming off of years in which they were named freshman All-American, and Davis acquitted himself well as a starter.

No Longhorns upperclassmen made the cut, marking yet another sign that the program now belongs to the sophomore class, which also includes promising talents such as running back Chris Warren, receiver John Burt and linebacker Anthony Wheeler.

Texas’ four selections are third most behind Oklahoma’s nine and Kansas State’s five. TCU and Oklahoma State each had three nominations with Baylor, Iowa State and West Virginia landing two selections. Texas Tech had one and Kansas zero.

Oklahoma quarterback Baker Mayfield was picked to repeat as the league’s offensive player of the year. TCU quarterback Kenny Hill, a transfer from Texas A&M, was tabbed the top newcomer.

On Thursday, the Big 12 will release its preseason poll.