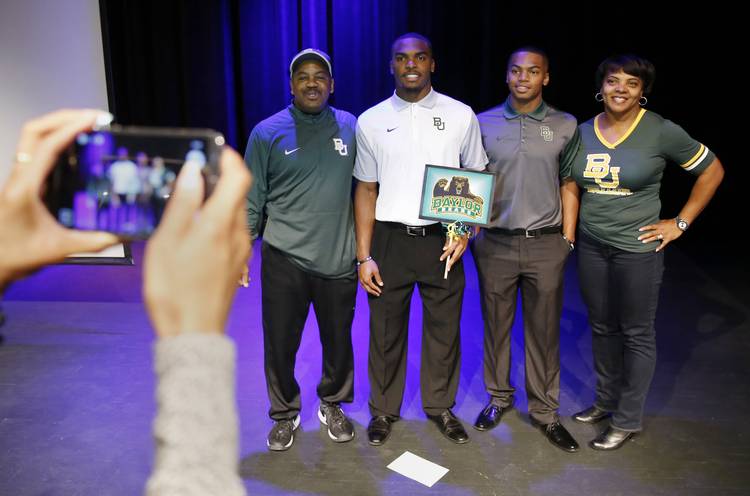 When his twin brother Devin switched from Baylor to Texas, it wasn’t that surprising that Donovan Duvernay of Sachse would soon arrive in Austin. Donovan was an All-District player on offense and defense and scored nine touchdowns in 2015.

Here’s what people are saying about Donovan Duvernay on social media.

As far as the Duvernay twins go, they want to go to school together. UT didn't have a scholly for Donovan in Feb. They do now.

The press release for Texas signing JP Urquidez and Donovan Duvernay lists Duvernay as a DB. Looks like he'll start out on defense. #HookEm

3-star ATH Donovan Duvernay will be used as a Defensive Back https://t.co/1A9iJxkAXb #Longhorns

UT football now has 4-sets of brothers on the roster with the addition of fmr Baylor signee, Donovan Duvernay.https://t.co/MzumeBA8oA

Donovan Duvernay isn't his brother in terms of size or overall athleticism, but otherwise he is an impressive prospect in his own right.

Three-star ATH Donovan Duvernay becomes the third Baylor escapee to pick Texas. And he probably won't be the last.

Didn't get to use, but too good not to share: What is better than 1 Duvernay? How about 2. Welcome Devin's bro, Donovan Duvernay. #SignBU