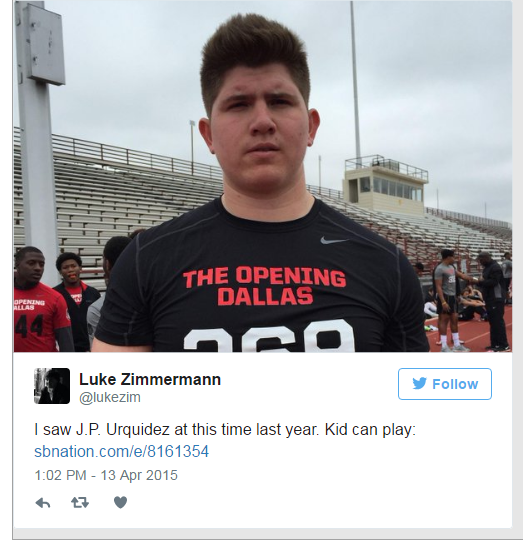 Following a coaching change at Baylor, several 2016 recruits decided to change their minds on their decision and Texas benefited greatly. One of those standout recruits was J.P. Urquidez of Copperas Cove High School. The 6-foot-6, 300-pound offensive lineman is a three-time all-district performer and was a two-time (in two different states) all-state player. Urquidez spent his junior year in Maryland, but the other seasons were spent in Central Texas.

Here’s what people are saying about him on social media.

Former #Baylor signee J.P. Urquidez is headed to Austin. The '16 OT was ranked in 247Sports Composite Top 300. Another nice land for 'Horns.

If you're wondering how good Baylor OL commit J.P Urquidez is… https://t.co/LQF7mJePcP