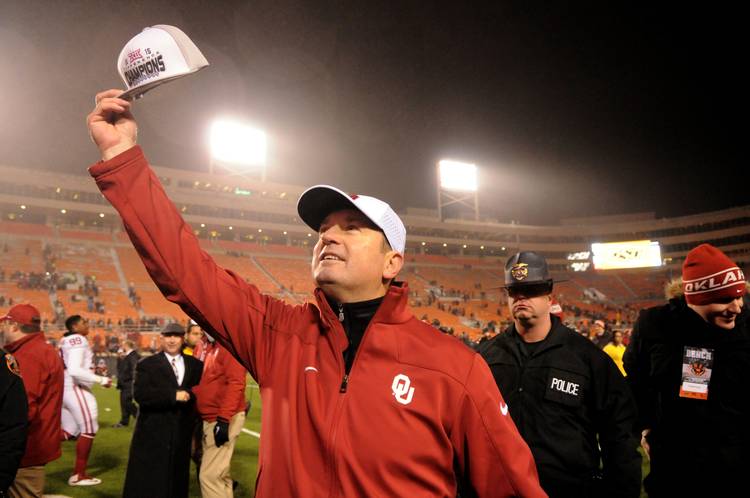 The delicious dream scenario of having two Texas-OU games in one season was made possible when the league restarts its title game next season.

Stoops reminded reporters at Big 12 media days that the new title game should generate approximately $3 million per team. “I think for the right reasons, it’s the right thing to do,” Stoops said.

But the idea of losing two of the last three games didn’t exactly leave the OU coach thrilled. Stoops was slightly agitated when asked why his team hasn’t performed well against the Longhorns in recent years.

As for last season’s 24-17 loss to Texas, Stoops said, “We didn’t execute well enough on either side of the ball. We had more missed tackles in that game than maybe up to the Clemson game.”

Stoops did praise Texas Tech athletic director Kirby Hocutt and the Red Raiders for helping tweak the language on walk-ons during the spring meetings. Quarterback Baker Mayfield, who was initially docked an extra year penalty, will now be a junior and have two seasons left at OU.

Big 12 to explore expanding by as many as four teams