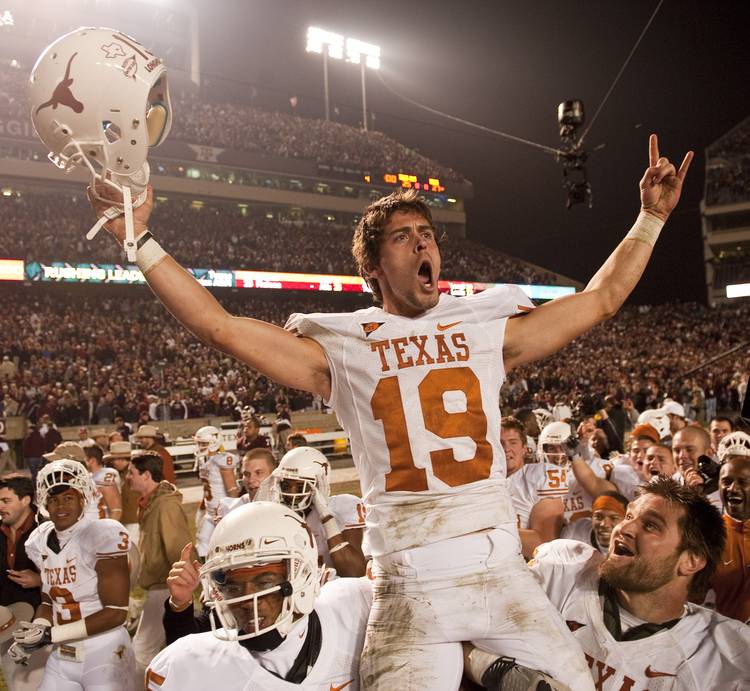 So earlier this year Texas Sen. Ted Cruz ran for the Republican presidential nomination. Naturally, he won his home state, but was more or less was crushed, much like Texas football last year, by the Golden Domer himself, Donald Trump.

Texans have been a little late to jump on the Trump train, and since Texas has more Republicans than any state that’s been kind of a problem. So leaders are trying  to explain it to Texans in a way they’ll understand.

And now a guy with even less Texas sports credentials, and a guy who made an epic Cleveland sports gaffe yesterday, is using the same exact analogy. Remember, this guy, Paul Ryan, is something called “Speaker of the House.”

.@SpeakerRyan "When you advance to a national championship don't you root for a Longhorn if you're an Aggie? Start thinking that way."

Obviously, these politicians are a little out of touch, because here’s a little reaction to this way of thinking that would make R.C. Slocum laugh, Mack Brown curse and Matthew McConaughey crazy blank stare into your eyes:

so clearly Paul has no clue how sports work…

Says the man who waved a Terrible Towel in Cleveland.