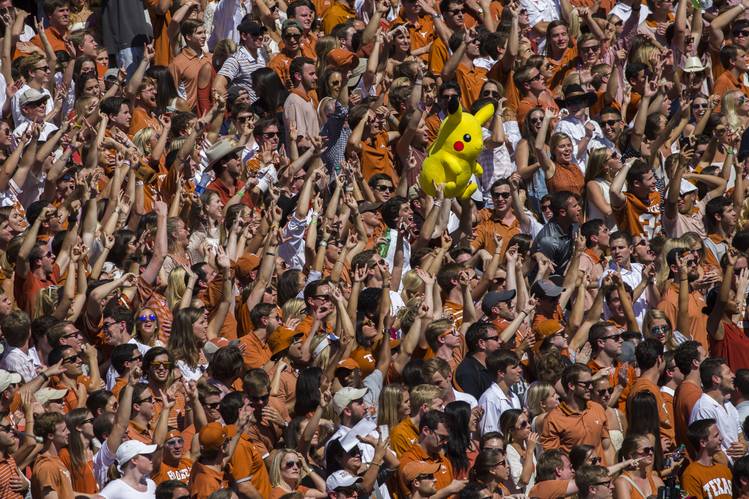 That was the last time the Texas Longhorns won the Big 12 title. Yeah, seven years. It’s been a long seven years. How long? Well, Donald Trump was just a guy firing people on NBC, Marvel didn’t have a universe in the movie theaters — it had Robert Downey Jr. in a suit — and this year’s incoming freshman class was around 11-years-old.

But the times, they be a changing… according to one guy from ESPN.

Tom Luginbill has picked the Texas Longhorns to win the Big 12. Vegas be damned! Luginbill admits he’s “way off the grid” in picking Texas to win a conference with the likes of Oklahoma and Oklahoma State in it, but clearly he’s liking what Charlie Strong is doing. And as he reminds us, he did get last year’s Big 12 champion right.

The Big 12 favorite is Oklahoma, right?