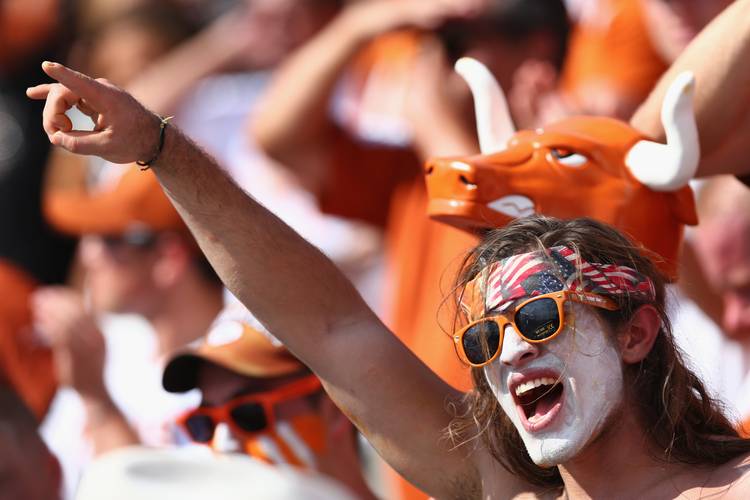 Texas Longhorns fans celebrate after the Longhorns scored against the Oklahoma Sooners in the third quarter at the Cotton Bowl on October 12, 2013 in Dallas, Texas. The Longhorns beat the Sooners 36-20. (Photo by Tom Pennington/Getty Images)

Hand it to Twitter to start a conspiracy theory.

One astute fan mapped out the possible new Big 12 map following expansion, and it may look familiar, even if it did forget an original member of the conference, Iowa State.

That wasn’t the only map we’ve seen on Big 12 expansion.

East Carolina may have an awkward moment at the next American Athletic Conference meeting.