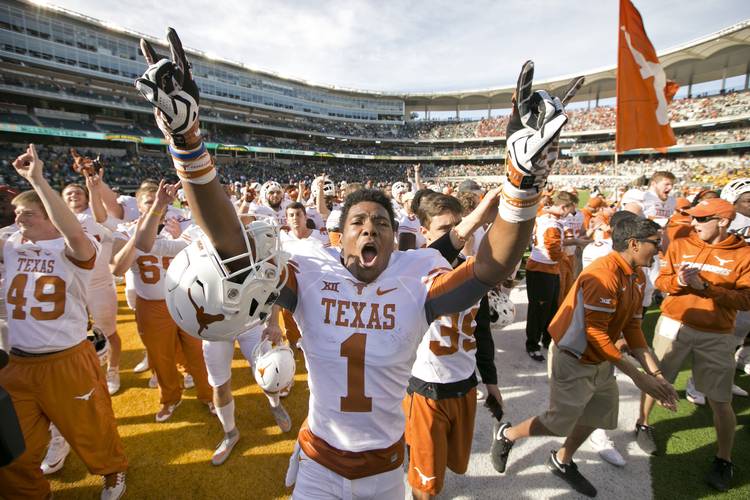 The Texas passing game has been so bad the last two years, it’s difficult to gauge how much blame falls on the play-caller, the quarterback or the receivers. John Burt, a clear home run threat with sprinter’s speed, had a team-high 457 receiving yards last season. That ranked 25th in the Big 12.

Sterlin Gilbert’s spread offense should give receivers like Burt and Armanti Foreman renewed life. Gilbert wants the quarterback to read, react and get rid of the ball.

There’s a host of freshmen with playmaking potential. Collin Johnson wowed observers this spring. Lil’Jordan Humphrey and Reggie Hemphill-Mapps were high school studs. Devin Duvernay was projected as one of Baylor’s top recruits before joining UT this summer.

It’ll be interesting to see how the tight ends are used this season. Senior Caleb Bluiett played all 12 games last season, making just eight catches for 167 yards. Two were gigantic. Bluiett made a 2-yard touchdown catch against Oklahoma and scored on a 57-yard romp at Baylor.

Where exactly do Texas fans go after home games?

Big 12 Expansion: Justin Timberlake has a feeling about Memphis