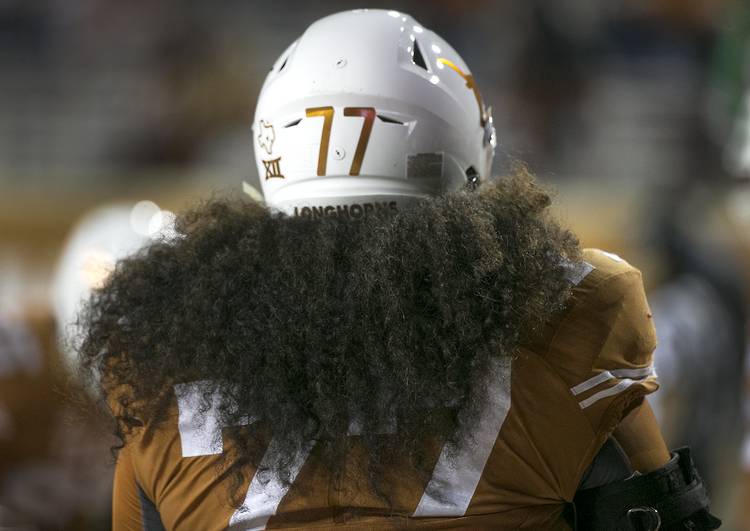 Last season, this unit had major question marks and little depth. It was the ultimate keep-your-fingers-crossed proposition. Now, first-year assistant Matt Mattox has some solid players to build around and an influx of youngsters that should compete for playing time.

Kent Perkins, who has 24 career starts, returns for his senior season. Connor Williams and Patrick Vahe are back after becoming freshmen All-Americans last year. Zach Shackelford enrolled in January and seemed to earn the starting center position almost immediately.

Brandon Hodges had the inside track to a starting job this spring. But don’t expect former Baylor signees Patrick Hudson and J.P. Urquidez to sit idle. Same goes for freshmen Tope Imade and Jean Delance.

For this season to have any chance of success, this position group must make dramatic improvement over what happened in 2015. UT allowed 219.2 rushing yards per game last season, the third-highest total in school history.

Naashon Hughes, Bryce Cottrell and Quincy Vasser have seniority. But there are high hopes for Charles Omenihu, and Breckyn Hager’s move from linebacker has promise. Andrew Fitzgerald is another freshman to monitor in August.

Paul Boyette and Poona Ford have experience at defensive tackle. There’s a slew of new faces, though. Gerald Wilbon and Jordan Elliott have impressed some already. D’Andre Christmas and Chris Daniels both have blue-chip credentials.

In a perfect scenario, Texas would rotate 6-8 players in during games, maybe more. Everyone will get a hard look.

Big 12 Expansion: Justin Timberlake has a feeling about Memphis