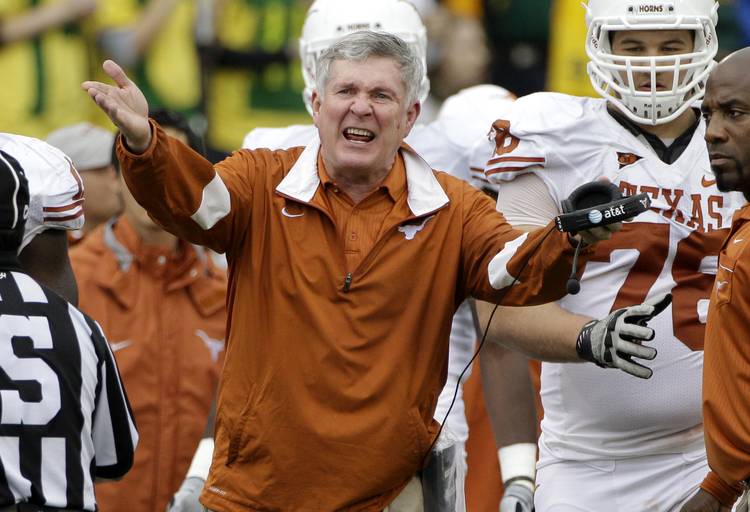 Texas A&M is in hot water over two bone-headed assistant coaches doing sexist things at a women’s clinic. And now someone connected to the University of Texas has said something, and it’s one of the reasons why Mack Brown is still awesome.

Brown went on the Paul Finebaum Show, a radio and television program that caters to fans of the SEC (Texas A&M’s conference) and dropped this bombshell:

Brown added that during his coaching career he hosted many of these clinics and told Finebaum that he always kept his “positive” and “upbeat.”

Because, you know, that’s how they’re supposed to be.

Brown added: “It’s just inappropriate. Coaches across the country — and men — are trying to teach young players to be appropriate with their behavior toward women. This is an awful message… These guys got suspended, but to me, they need counseling. They need to get some help to make sure they do a better job in their personal lives, so the players will learn better from them how to treat ladies.”

It’s unconfirmed whether or not Brown dropped the mic after he said this, but we’re still digging.

Golden: I’m leaning toward a Texas upset over Notre Dame