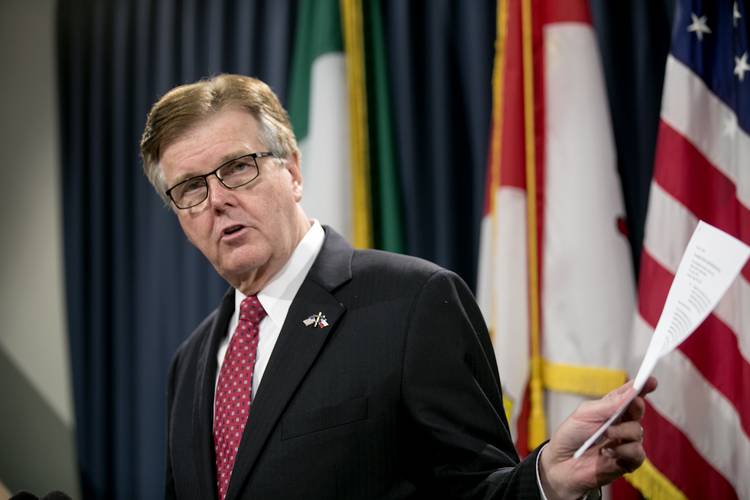 If Dan Patrick has his way, the Big 12 will expand with a couple of Texas schools.

A couple of weeks after he lobbied on behalf of Houston to join the conference, Texas’ Lt. Governor is now doing the same for SMU. On Tuesday, Patrick released a statement to the media saying the Big 12 would be “foolish” to not invite Houston and SMU.

“I previously commented about my support for the University of Houston’s desire to join the Big 12. For many of the same reasons, I also support the inclusion of SMU. The impact to Texas would be big. Dallas and Houston are top TV markets and the Big 12 would be foolish to leave SMU and U of H on the sidelines. The economic impact to the state and to the schools is significant. I urge the Big 12 to carefully consider the addition of these two fine schools and all they have to offer. I hope Baylor University, Texas Christian University, the University of Texas and Texas Tech University will join me in supporting the addition of these two Texas schools. And, I trust these two schools will support each other.”

Frankly, Patrick’s pushing of SMU looks like a stretch. The Mustangs have struggled to be competitive in football, going 21 seasons after their so-called death penalty before making it to a bowl game in 2009. Last year, they lost 10 games under first-year coach Chad Morris. Additionally, TCU is already holding down the Dallas-Fort Worth market and would likely put up resistance to SMU infringing on its foothold.

Patrick, a former sportscaster in Houston, has been forthcoming with his feelings on Big 12 expansion and last month tweeted that any expansion must include Houston or, all caps, “NO DEAL.”