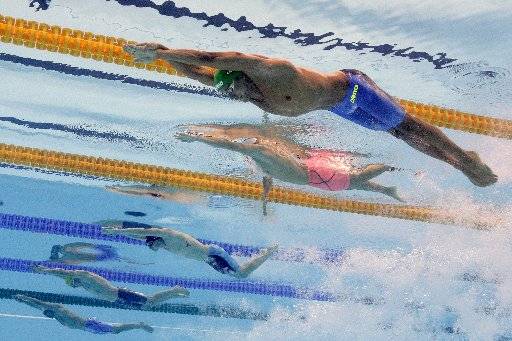 Adams had six kills and two blocks as the top-ranked America women’s volleyball team fought back from a 2-1 deficit to improve to 2-0 in pool play. Former Florida Gator Kelly Murphy led the team with 15 kills and three blocks. The 11th ranked Dutch squad, who upset third-ranked China in five sets on Saturday, dropped to 1-1 in the preliminary round.

Men’s tennis: Former tennis player Miguel Reyes Varela and Santiago Gonzalez of Mexico were eliminated in the second round of the men’s doubles draw Monday in Rio.

Romania’s Florin Mergea and Horia Tecau won the first set 6-3 and won a tiebreaker 7-6 (9) to advance to the third round. Varela made school history by becoming the first former Texas tennis player to compete at the Olympic Games.

Women’s swimming: Texas’ Joanna Evans placed fifth in her heat in the 200 meter freestyle preliminary round on Monday, but it wasn’t enough to qualify for semifinals. Evans, who is representing the Bahamas, placed 37th at 2 minutes 1.27 seconds. Team USA’s Katie Ledecky had the top time in the prelims at 1:55.01.