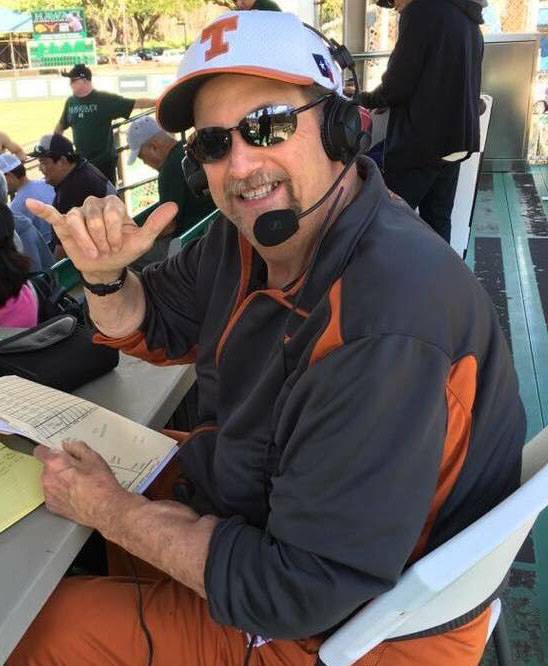 Texas softball radio play-by-play broadcaster Terry Lewis, seen in this photo from the 2016 season, passed away Sunday night. Photo courtesy of the University of Texas.

Incredibly sad news to send as our @TXsoftballvoice passed away last night. Terry loved Texas, and we loved him. RIP pic.twitter.com/BAHm58Bem0

Lewis was the official “voice of Texas softball” and did play-by-play for the in-house stadium broadcast at McCombs Field for home games.

During the 2016 season, Lewis began traveling with the Longhorns as games were broadcast on 105.3 FM, part of the Austin Radio Network supported by the Longhorns’ flagship station 104.9 FM The Horn.