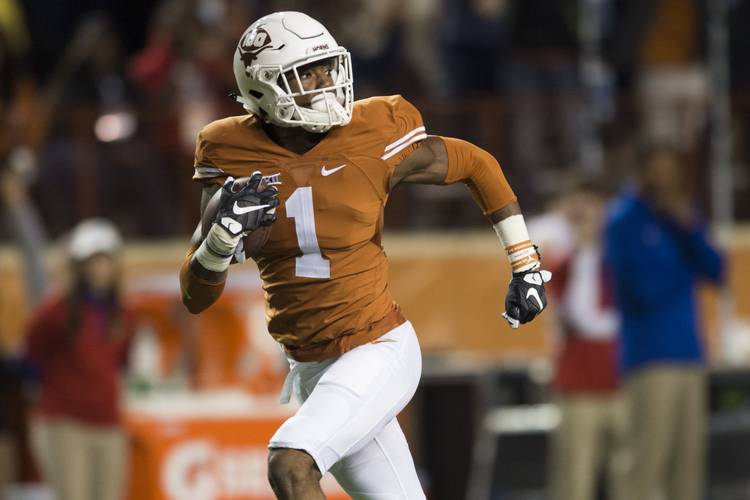 In Sterlin Gilbert’s new high-flying offense, there should be plenty of balls to go around for every receiver. Trying to determine which Longhorn benefits the most could be difficult.

Can John Burt, with his home-run capability, become a 1,000-yard receiver?

What about Collin Johnson and his 6-foot-6 frame?

Should Armanti Foreman get targeted more? Where do the slot receivers, like freshman Devin Duvernay, fit into the picture?

“We’re pretty early in the camp and into this season,” Burt said. “I’m not really worried about end-of-season stats and all that. I’m just focused on learning the playbook and making sure I can help my team out however I can.”

The Texas offensive coordinator downplays the plethora of numbers this spread offense has produced. But at Gilbert’s last two stops, the results are undeniable.

Gilbert was the co-offensive coordinator at Bowling Green in 2014. Roger Lewis had 1,093 receiving yards and seven touchdowns that season as a freshman.

Last season, Gilbert was the co-offensive coordinator at Tulsa. Keyarris Garrett (1,588 yards) and Josh Atkinson (1,071) both broke the 1,000-yard barrier.

Jordan Shipley (2009) and Wane McGarity (1998) hold the Texas school record with seven 100-yard games in a single season. The Longhorns haven’t had two receivers put up 100-yard games together since Mike Davis and Jaxon Shipley did it at BYU in 2013.