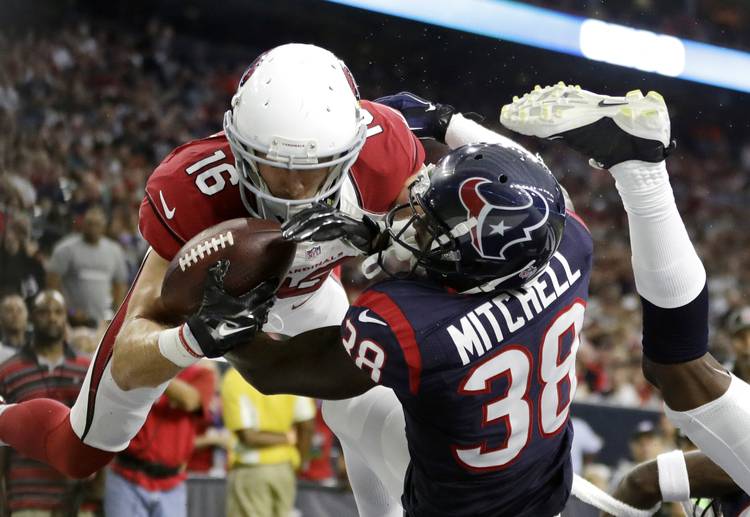 Arizona Cardinals wide receiver Jaxon Shipley (16) makes a catch for a touchdown over Houston Texans defensive back Terrance Mitchell (38) during the second half of an NFL preseason football game, Sunday, Aug. 28, 2016, in Houston. (AP Photo/Jeff Roberson)

Jaxon Shipley is trying to go from the Arizona Cardinals’ practice squad to the main roster this preseason, and he helped his cause Sunday against the Houston Texans.

Shipley scored a third quarter touchdown by hauling in one of the best catches of the preseason.

Shipley, the younger brother of Jordan Shipley, caught 218 passes and 11 touchdown grabs with the Longhorns over 48 games and 35 starts. He went undrafted in 2015 and spent last season with the Cardinals.