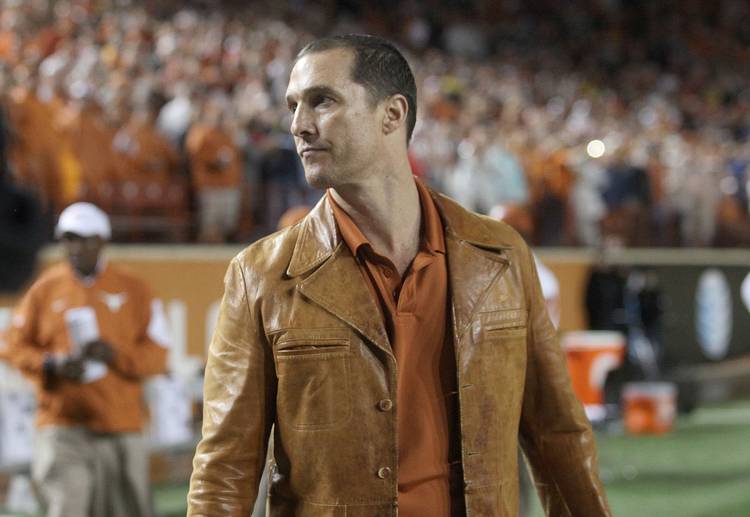 Gird your Horns. Wooderson is in the house.

The Texas Longhorns will put up their hooves against the Fighting Irish on Sunday, and they got a not-uncommon pep talk at practice Wednesday from Bevo-in-human-form Matthew McConuaghey, 247 Sports reports. The team spread the word all over Twitter, too, with offensive tackle Tristan Nickelson, defensive tackle Gerald Wilson and linebacker Malik Jefferson among those who met the McC:

"Take the ceiling off" @McConaughey pic.twitter.com/ps3VzwePX4

The Texas Football Twitter account shared a few more shots, too, including a down-low between McConaughey and coach Charlie Strong, as well as a rather stoic offensive coordinator Sterlin Gilbert.

Thank you to @McConaughey for coming to practice today and talking to the team #HookEm #Believe pic.twitter.com/3INCXuu2TW

This isn’t even the biggest splash McConaughey made on campus in August. The actor showed up last week to the film class he’s helping to teach at UT this semester.

The Texas-Notre Dame game is sold out, UT announced Thursday.