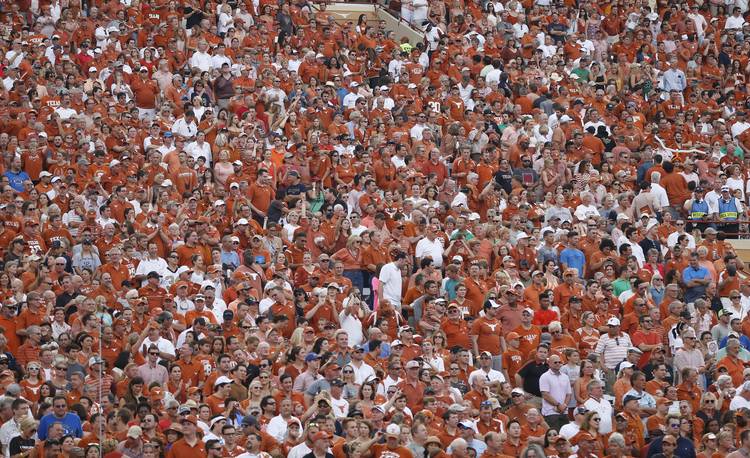 The sold out crowd for the Longhorns game against Notre Dame at Royal-Memorial Stadium on Sunday September 4, 2016. JAY JANNER / AMERICAN-STATESMAN

The largest crowd ever at Royal-Memorial Stadium witnessed Sunday’s season opener between Texas and Notre Dame.

The school announced a record crowd of 102,315, which broke the previous record by nearly 1,000 fans. You can read about the top five crowds in DKR history — prior to Sunday — right here.

Texas crowd is a school record 102,315. That gives Longhorns top attendance of the weekend in the state.

WATCH: Shane Buechele opens the second half with a bomb, Texas leads 28-14