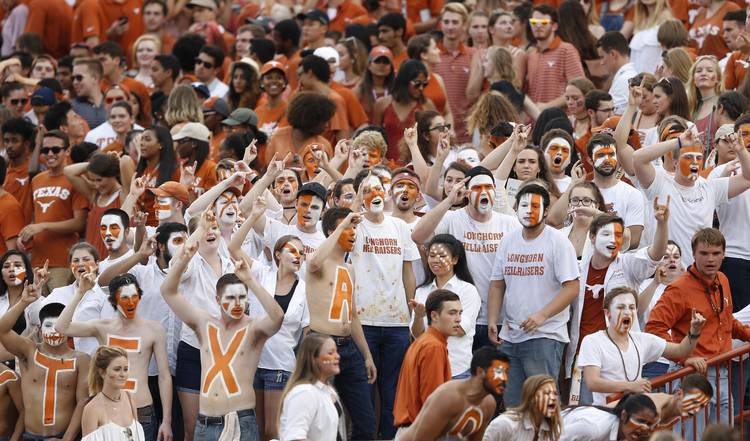 The Texas faithful get rowdy when Notre Dame is introduced at Royal-Memorial Stadium on Sunday September 4, 2016. JAY JANNER / AMERICAN-STATESMAN

Take in the sights and sounds of Royal-Memorial Stadium, and see what fans are saying as the Longhorns take on the Fighting Irish.

WATCH: Tyrone Swoopes barrels in to put Texas back on top

WATCH: Shane Buechele opens the second half with a bomb, Texas leads 28-14