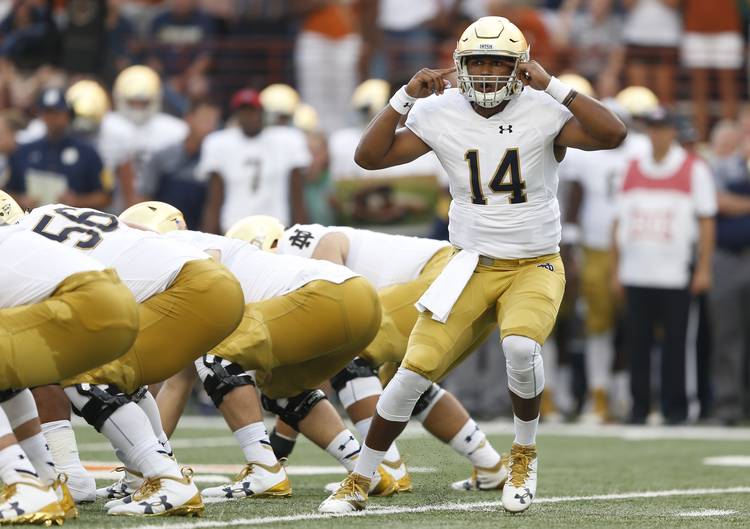 Notre Dame quarterback DeShone Kizer calls out commands to his team during the first quarter against Texas at Royal-Memorial Stadium on Sunday September 4, 2016. JAY JANNER / AMERICAN-STATESMAN

It took nearly three quarters for Texas quarterback Shane Buechele to make his first mistake, but it was a huge one.

Backed up deep in Longhorns territory, Buechele threw into triple coverage and was intercepted by Notre Dame defensive back Shaun Crawford. Three plays later, Deshone Kizer hit Torii Hunter Jr. for a touchdown to pull the Fighting Irish within a field goal at 31-28.