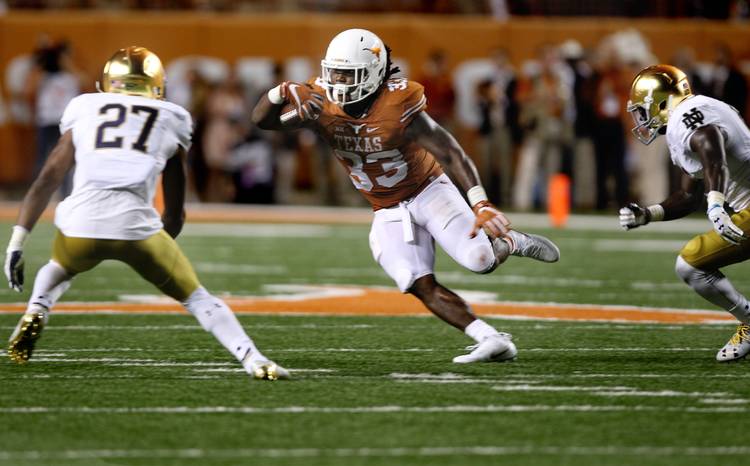 Texas running back D'Onta Foreman rushes during the second half and go up 28-14 against Notre Dame at Royal-Memorial Stadium in Austin, TX. STEPHEN SPILLMAN FOR AMERICAN-STATESMAN

Just when it looked like Texas was back in front, the unthinkable happened.

Longhorns running back D’Onta Foreman ran through a tackle for a 19-yard touchdown run to put Texas up 37-35.

On the ensuing point-after attempt, Trent Domingue’s kick was blocked by Notre Dame and returned all the way for two points.

That left the game tied 37-37 with under 4 minutes left in the fourth quarter.

Could this game get any crazier?