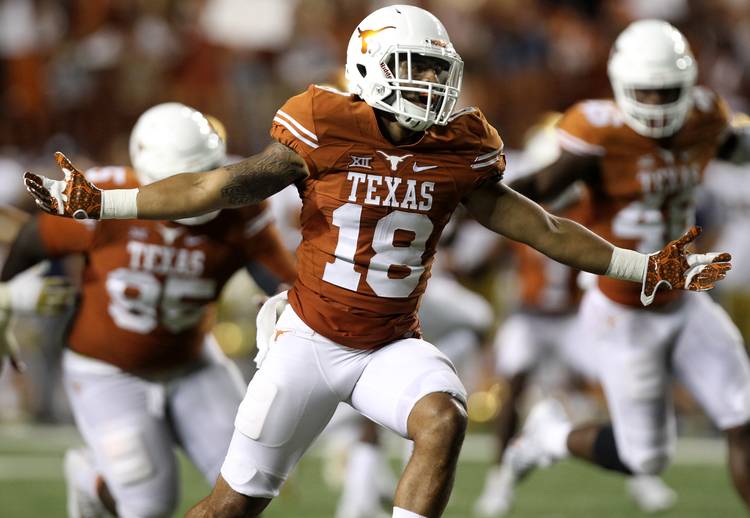 Texas wide receiver John Burt reels in a 72 yard touchdown pass to open the second half and go up 28-14 against Notre Dame at Royal-Memorial Stadium in Austin, TX. STEPHEN SPILLMAN FOR AMERICAN-STATESMAN

Texas brought out its “18-wheeler” package to start overtime, and Tyrone Swoopes gave the Longhorns the lead with a 3-yard touchdown run.

Notre Dame scored on the first play of its possession, sending the game into a second overtime.