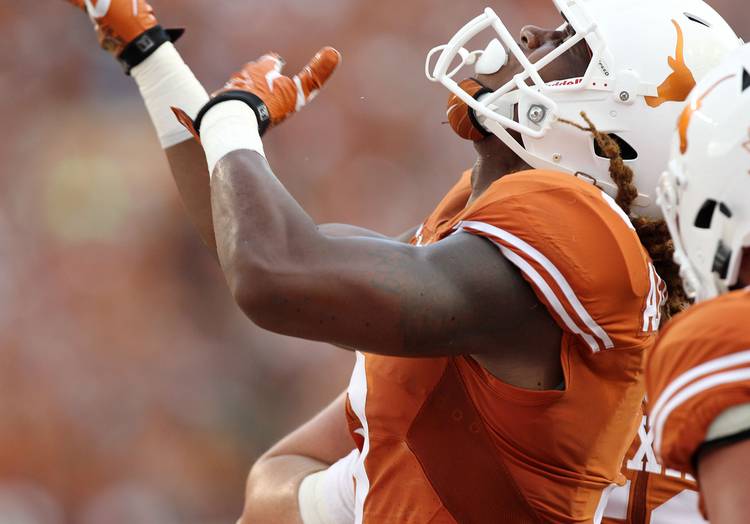 Seemingly everyone had something to say or post on social media after Texas beat Notre Dame in double overtime on Sunday, and the players who experienced it were no different.

From the time the Longhorns got back to their phones following the win, they’ve been tweeting and re-tweeting everything related to Sunday’s game. Here’s what they’ve been saying:

What a start. #believe

I'll go to battle with y'all any day #hookem #brotherhood https://t.co/LScU6Hzfao

Proud of my boys man.. All the hard work paid off.. Let's keep the train rolling💯 #HookEm

One of the players who got the most buzz on social media after the game was Armanti Foreman, who landed the No. 1 spot on SportsCenter’s Top 10 plays for his ridiculous catch in the corner of the end zone during the first quarter.

It’s always fun to see a college kid react to seeing himself in the Top 10 for the first time.

There were also several solid entries from the inspirational/heartwarming category, including proof that Matthew McConaughey’s speech worked.

"Just Let it Rip and Have Fun out there" pic.twitter.com/6yFEKyVlZz

Still stoked! That was history! None of it was for us. It was for the Vets who paved the way! We owe it to y'all hope we made y'all proud🐂🤘🏽

Damn bro….We believed when nobody else didn't!!! It's only the beginning!

And then of course there were the Tweets directed at John Burt, who turned things around after his dropped pass in the first quarter and made one of the plays of the game when he caught a 72-yard touchdown pass from Shane Buechele.

Here’s a bonus from former NFL wide receiver Chad Johnson, who like many others was impressed by Burt’s speed.

Whoever number 1 is for Texas can flat out fly, buddy was moving on that deep ball 😳

Even with all the publicity, it seems like Texas coach Charlie Strong has kept his players from buying into the hype. When it came to the praise he was receiving on social media, Longhorns defensive back Kris Boyd kept things in perspective.

My notifications😅 I cant thank many of y'all cause just last year everybody doubted us. But for the ones who with us! #AllSummer16 #LetsRide

If Texas keeps playing like it did Sunday, those notifications are going to be busy for a while.

Texas jumps into top 10 in odds to win national title, according to Bovada