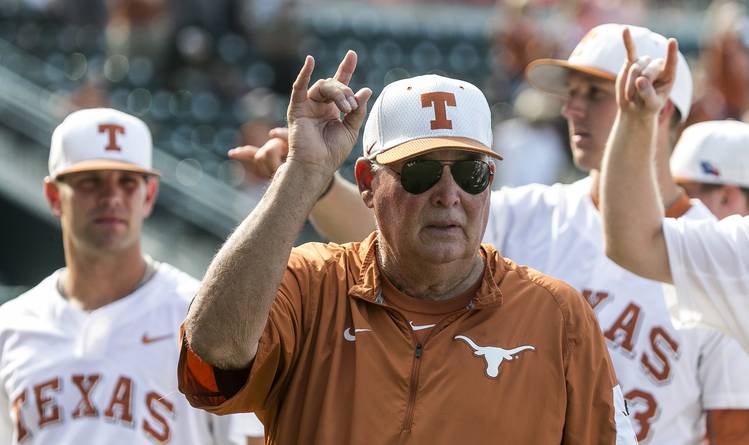 There will never ever he another Coach Augie Garrido!! A true iconic legend!! pic.twitter.com/GnE6NrKdhW

Former Texas baseball coach Augie Garrido being honored during the timeout. He gets a great ovation.