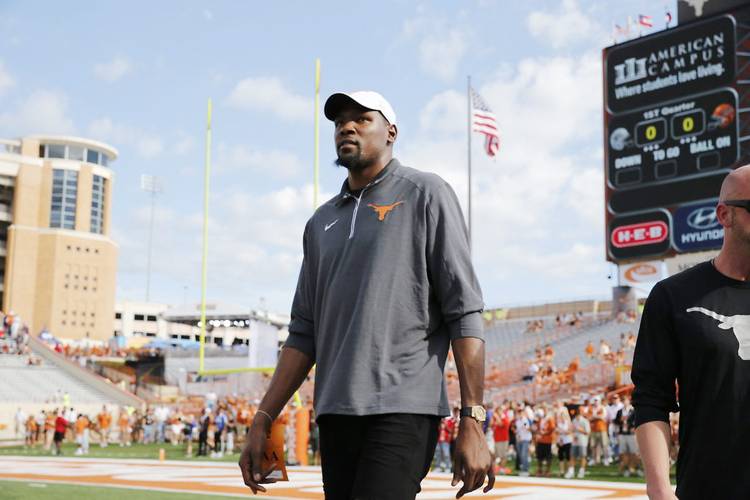 Kevin Durant must have liked what he saw from the Longhorns on Sunday.

The Golden State Warriors star made his presence known at Royal-Memorial Stadium Stadium prior to Saturday’s game between No. 11-ranked Texas and UTEP, stopping by the Longhorn Network set and posing with fans on the sidelines.

Check out the star power in this trio.

Who knows, he may even stick around to play for somebody’s intramural team this weekend.

Does @KDTrey5 have any eligibility left? Welcome back to the 40 Acres! #HookEm pic.twitter.com/VhPHya1qGx

Kevin Durant warming up as the Longhorns' starting quarterback? Or am I just fangirling because I met him? pic.twitter.com/ekVBJbefJV