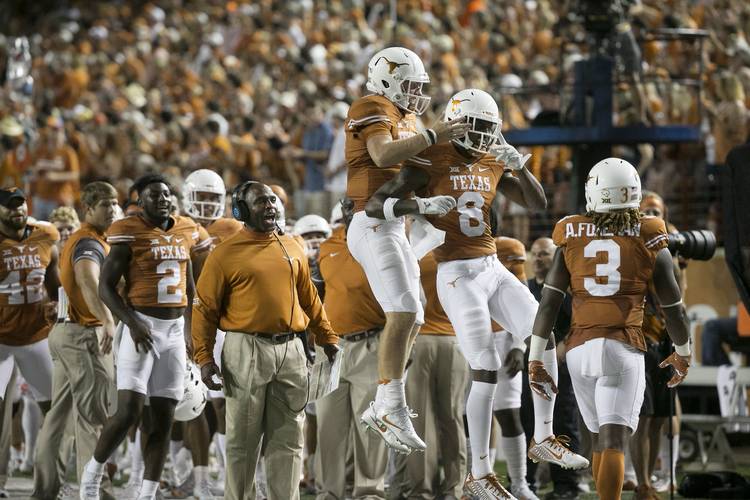 Texas quarterback Shane Buechele put together another dazzling display in his second career start, leading the Longhorns to a 41-7 victory over UTEP on Saturday night.

Buechele completed 22 of 27 passes for 244 yards and 4 touchdowns. He also became the first true freshman quarterback to start the first two games of his career at Texas.

Judging by the reaction on social media, Longhorns fans are loving their new quarterback.

@corbydavidson Shane Buechele is the most accurate deep passer I've ever seen as a true freshman.

WATCH: All four of Shane Buechele’s touchdown passes against UTEP