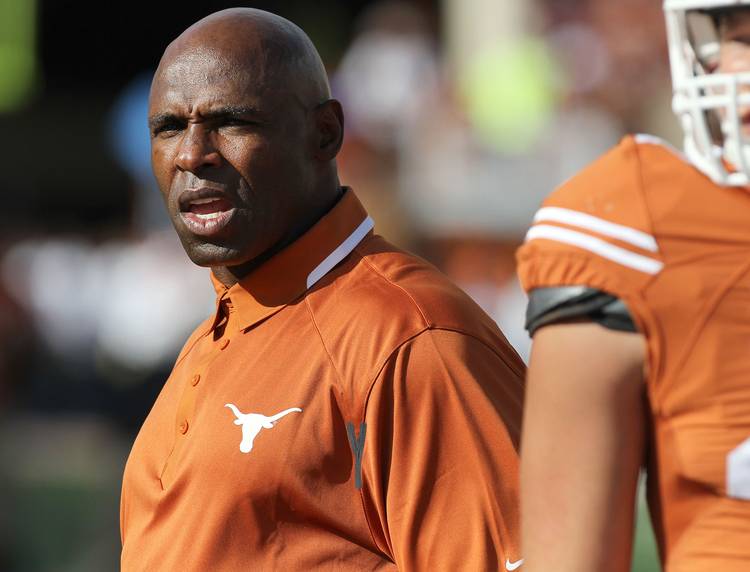 Texas head coach Charlie Strong speaks with his team before the game against UTEP at Royal-Memorial Stadium, Saturday, Sept. 10, 2016. (Stephen Spillman / for American-Statesman)

Kicker Trent Domingue extended Texas’ lead over UTEP to 13-7 when he booted a 43-yard field goal with 4:42 left in the second quarter.

It was just the response the Longhorns needed after UTEP running back Aaron Jones cut into that lead with a 51-yard touchdown run.