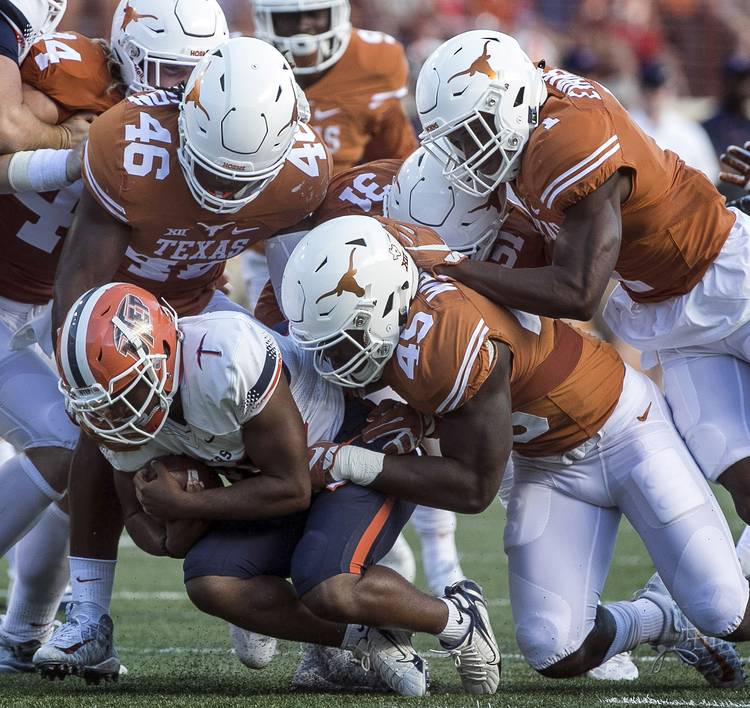 The Texas defense remained impressive into the second quarter against UTEP, as cornerback Davonte Davis forced a fumble and safety DeShon Elliott to set up the Texas offense.

The Longhorns were forced to punt on the ensuing possession.

Davante Davis left his man, but forced the fumble. DeShon Elliott with the recovery there. Solid turnover forced by the Texas defense.