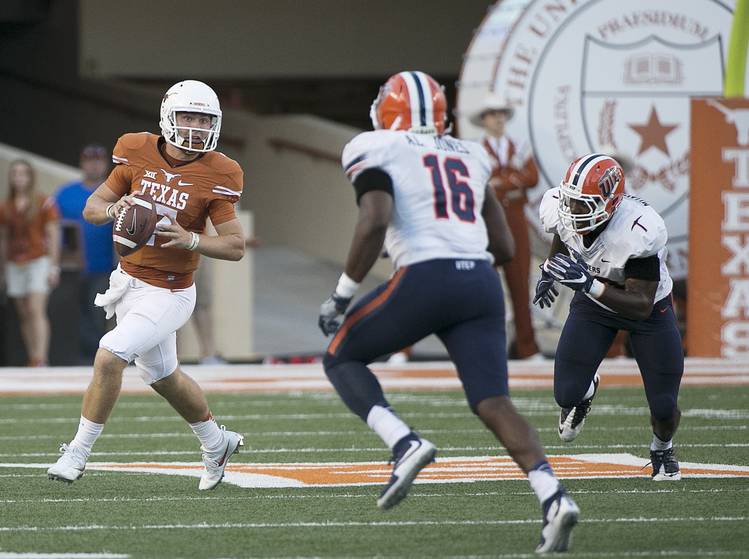 Shane Buechele’s star is only getting brighter in his second game at quarterback for Texas.

Buechele’s third touchdown of the game — and the fifth of his career — put the Longhorns up 34-7 with 6:07 left in the third.

Watch the ball hit Leonard in stride, allowing the receiver to coast into the end zone.

Touchdown Texas: Buechele does it again. This time to Dorian Leonard. #Hookem pic.twitter.com/B38PiZKfU8

Dorian Leonard with the TD and Shane Buechele has 3 TD tosses. Texas up 34-7 after the 46-yard toss. #HookEm

Attendance of 92,863 announced for Texas vs. UTEP