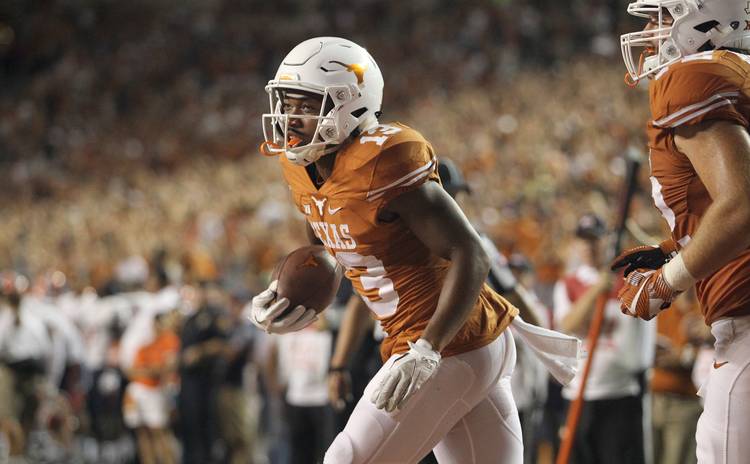 As other Big 12 teams struggled over the weekend, Texas flourished against UTEP and won convincingly 41-7. Pollsters took notice.

The Longhorns held their current position 11th overall in the updated Associated Press Top 25 poll released Sunday. However, they rose four notches to 16th overall in the Amway coaches poll.

Texas is on the cusp of moving back into the AP top 10 for the first time since September 2010. The Longhorns lost to UCLA at home on Sept. 25, 2010, dropped to 21st the following week and eventually dropped out of the poll entirely that season.

RELATED COVERAGE: See the full rankings of the Associated Press Top 25 and the Amway coaches poll.

In the coaches poll, this is UT’s highest ranking since the Horns were 16th for a week two matchup against BYU in 2013.

The Longhorns have not been 2-0 to start the season since 2012. They start a three-game road swing away from Royal-Memorial Stadium this week against California.

Cal is 1-1 after falling at San Diego State 45-40 in a late Saturday game. Quarterback Davis Webb, a transfer from Texas Tech, completed 41 of 72 passes for 522 yards and five touchdowns in the losing effort.