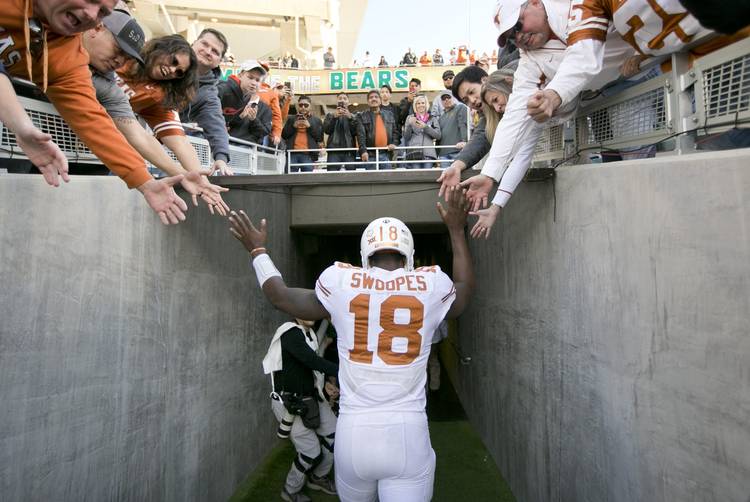 It appears the Bay Area is going to have burnt orange tinge this weekend, as Texas travels for its first road game of the season at California.

Texas originally requested 4,000 tickets for the game. Once those ran out they asked for — and were granted — another 1,500. Those are gone, too.

Texas contracted for 4,000 tickets for Cal. Requested and sold an additional 1,500.

That number doesn’t include any tickets that Texas fans bought from second-market websites like Vivid Seats and StubHub, or any seats that were purchased directly from the Cal ticket office.

The capacity of California Memorial Stadium is 63,000 fans.

There is at least one notable Longhorn not going to California. Bevo XV will have to wait to make his first road trip.

Heading to California? Here’s a guide