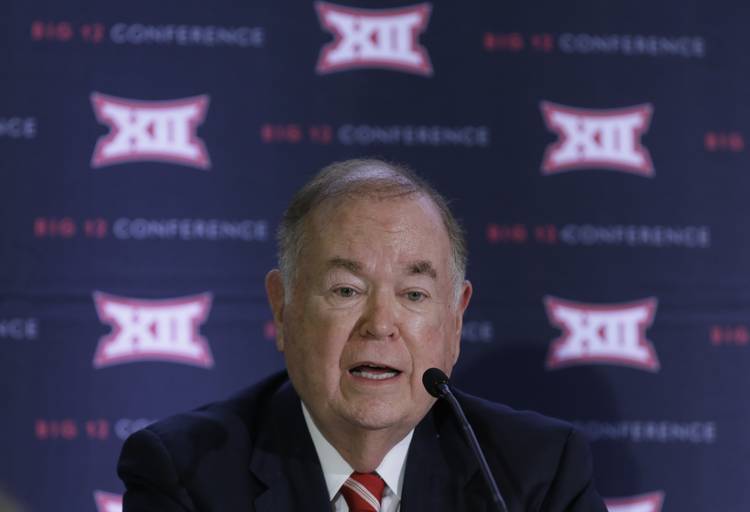 Oklahoma president David Boren has been a fountain of information about Big 12 expansion since this whole process began during the summer. On Wednesday, he scrambled things up.

So, expansion is going to happen! Or, maybe not! Can’t this league just make up its mind?

In this week’s Whys of Texas, let’s look at some of the fan feedback we’ve received about expansion. Surprisingly, some UT fans are in favor of keeping the Big 12 going instead of joining another league, like the ACC or Big Ten. As of mid-morning Thursday, 36 percent of those surveyed via Twitter want to stand pat.

But that also means 64 percent want to blow this popsicle stand and go somewhere else.

Let's give these Twitter polls a try, Texas fans. What league would you like to join in 2025?

Boren said nothing may happen until the Big 12’s next meeting on Oct. 17. Stay tuned.

Here’s a sampling of some responses.

Write-in “Independent” – always play OU, ND and maybe aggie if they are not busy with prairie view

Why is Independent off the table?

Only reason to join B1G would be to troll Nebraska

Pac 12 but only on the instance that 9PM CST starts do not happen. If that can’t be agreed to, Big 10.

TX & OU gone to Pac-12 (warm growing area) or B10 (tradition) when media rights expire. ESPN gutted LHN no reason to stay in B12

Q. No 18-Wheeler against UTEP??? What happened? Did Swoopes make Gilbert mad already?

DAVIS: As exciting as the Notre Dame win was, fans must remember the 18-Wheeler was intended to be a short-yardage package. That’s how Oklahoma used it with Blake Bell, and now-departed assistant Jay Norvell installed it at Texas. Swoopes ran the ball only twice against UTEP, for three yards. Realistically, Texas was the far better team and didn’t need him out there taking unnecessary hits. It also wouldn’t be shocking if we don’t see it much against California. But don’t worry. Sterlin Gilbert hasn’t forgotten about Swoopes.

How many do you expect will be at the Cal game? HOOK EM!

A Texas spokesman said the school was contracted to take 4,000 tickets inside California Memorial Stadium, a place that holds about 62,000. Those were gobbled up, so school officials ordered another 1,500. Sold with ease, apparently. That’s at least 5,500 tickets taken by Longhorns fans, and there’s no telling how many have been scooped on secondary markets by Texas exes living in the Bay Area. I’m expecting a solid burnt-orange fan turnout.

Can someone please tell Chancellor McRaven we don’t need to be lectured about the anthem?

First off, I’m not going to lecture a retired four-star admiral about anything. McRaven knows how to make people disappear, if you catch my drift. The UT chancellor issued his second memorandum about this topic across the UT system on Aug. 29 asking coaches and players to “stand up straight when the National Anthem is played.” He also asked them to place their hands over their hearts during the song. This isn’t the place to get into the politics of protesting the anthem. But I didn’t have a problem with his memo whatsoever.

LOVED the atmosphere inside Gregory on Wednesday for the volleyball match. I saw your tweet. Why can’t Texas put some basketball games in there? It’d be LIT! And poooooor Aggies.

Tonight's A&M-Texas scene at Gregory Gym only bolsters my belief hoops should play one game in this holler house. pic.twitter.com/nNxc3wo6XZ

It was energetic inside Gregory Gym during the Texas A&M-Texas volleyball match, that’s for sure. The Longhorns weren’t exactly clean early, but had more than enough juice to sweep the Aggies in three sets. It only bolsters my belief that the Texas men should move one low-level, non-conference game into that old barn every year. Or how about the exhibition games? Texas could play Angelo State at Gregory on Nov. 2. The women can host Tarleton State in there on Nov. 6. Make it free and promote the heck out of it. That’d be cool. Each time I’ve posed this idea to Texas officials over the years, I get blank stares.