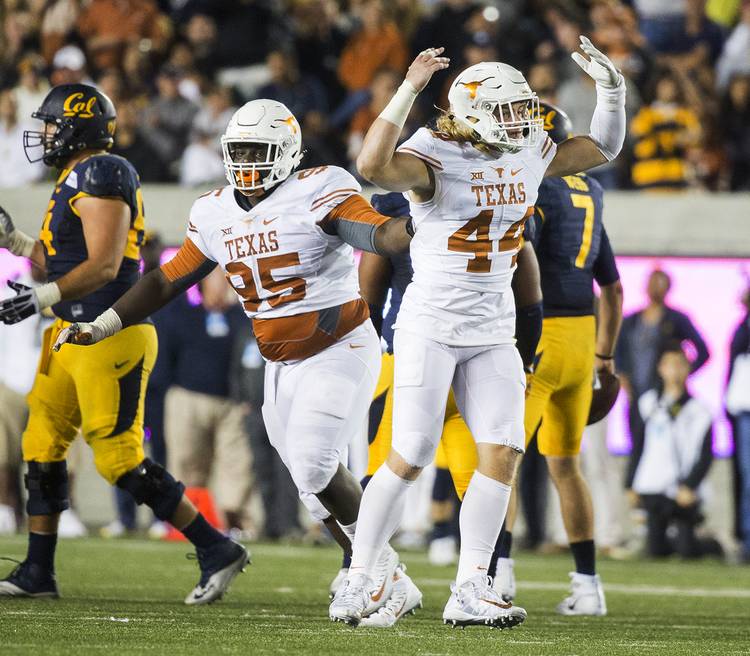 Texas Longhorns #44 Breckyn Hager and #95 Poona Ford celebrate a block against Cal Golden Bears during the second half of a NCAA college football game, Saturday, September 17, 2016 at Memorial Stadium in Berkeley, California. RICARDO B. BRAZZIELL/AMERICAN-STATESMAN

Staying up late Longhorn fans? Good, because No. 11 Texas looks to remain perfect in the 2016 season with a 9:30 p.m. tilt against California at California Memorial Stadium  in Berkeley .

Can Texas ground one of the nation’s best passing attacks? Will Cal score another win over the Longhorns like last year?

Follow live for all the live-game action, insights from Statesman staffers at the game and more here.