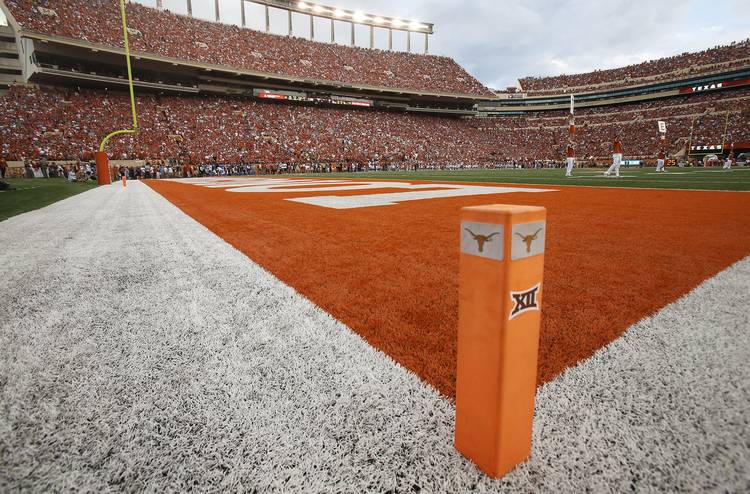 There is no Texas football this weekend, and that’s probably a good thing considering the defense could use a little extra time fixing problems between now and Oklahoma State’s record-setting passing game.

But the roughly two weeks between now and the next game also give fans time to delve deep into the world of ebay, and the special (some not so special) Longhorn items you can spend your hard-earned cash on.

Here are five things that, if you have the money, you should buy on ebay (And sorry, a new defensive coordinator, scheme and a 3-0 record is not one of them):

That’s right, famed artist LeRoy Neiman (did you know he was in Rocky?) painted “Texas Longhorns” and on ebay you can buy a signed and numbered copy. There’s only 500 of these babies. Who doesn’t want a nearly $4,000 piece of art hanging next to the $1,500 television?

It’s a scroll with the championship teams on it. What more do you want people? You can look it like your some medieval king. My only hope is that it’s delivered by a raven.   Yeah, it was pre-owned, but Mack Brown and Charlie Strong coached other schools before coming to Texas, so that’s not all bad.

A 102-year-old Texas football ticket. Who are the Haskell Indians? Haskell Indian Nations University is located in Lawrence, Kansas. They now play in the NAIA. In 1914 Texas beat them 23-7.

Like the Longhorns? (Of course you do, you’re dining room table has a Royal-Memorial Stadium on it.)

Put them all together and boom, you get this.

The seller notes that it’s only been taken out of the box for the photos. But let’s face you’d still buy this even if it had some burger residue on it. Limited details on this item, but it appears to fold up briefcase style, so it’s perfect for tailgating.